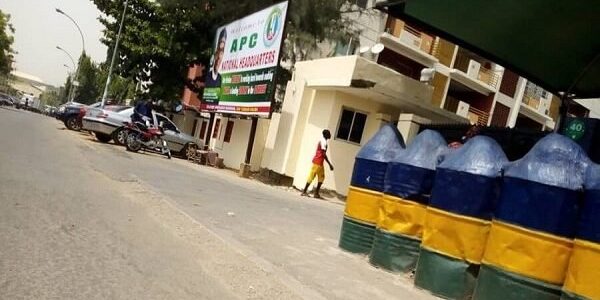 Pandemonium took over the entire four-storey edifice as people took to their heels.

Workers and occupiers of the building were called out of the offices, leading to massive rush.

Eyewitnesses said a senior party official had raised the alarm around 5:10 pm, asking everybody in the building to vacate when it was noticed to be shaking.

Some workers also confirmed noticing the doors and windows of their offices shaking while others claimed no such thing happened in their offices.

One of the security officers told The Nation a senior party member raised the alarm and ordered that everybody should vacate the building.

It was however gathered the perceived shaking of the building may not be unconnected with the l earth-moving equipment used at a construction site beside the Secretariat.

0 comments on “Pandemonium in APC Secretariat over collapse scare”