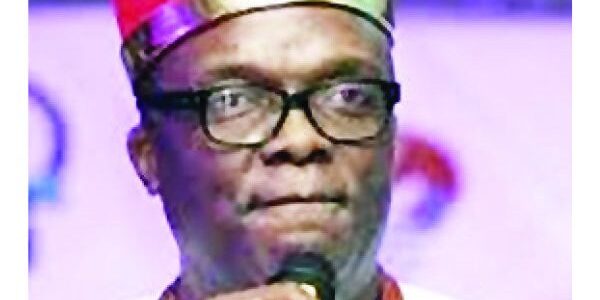 Igwe Gerald Obunadike Mbamalu, the traditional ruler of Ojoto in Idemili South Local Government Area of Anambra State, has charged South-East governors and leaders to join hands and work toward the region producing the president in 2023. He also threw his weight behind rotating the governorship seat of Anambra State among the three Senatorial zones. He spoke on other issues.

What do you think the recent EndSARS protests portends for the nation?

I’m not surprised at the recent action of Nigerian youths, because the system of government we are operating has not bettered the lives of Nigerians especially young people. Youths have run out of patience and they have decided to take their destiny in their hands and all government need to do is to listen to them because the future of Nigeria belongs them. I was among well-meaning Nigerians who had called on our leaders to properly engage the youths and because past administration failed to engage young people positively, it has become a burden President Muhammadu Buhari must bear.

The President has drafted traditional rulers to engage the youths, isn’t this assignment coming too late?

No, it is not. It is better to be late than never. I had called on the government to empower traditional rulers by giving us a constitutional role not only to help fight insecurity as chief security officers in our various domain. If this had been done, the EndSARS protest wouldn’t have escalated. Whether we like it not, traditional rulers are the chief security officers of their communities and we are completely in charge of our domain, but because we have no constitutional role to play in governance, most youths don’t take us seriously. I thank President Buhari for constituting a committee which includes traditional rulers to reach out to the youths in various communities.

During the protest that was hijacked by hoodlums, government and private property were destroyed; in some places, traditional palaces too. Do you think youths still have respect for traditional institutions?

Yes, young people in the country have respect for traditional institution except in a situation whereby a traditional ruler did not emerge through due process. As we engage youths in our respective communities, we must make them understand that they have the right to protest and as royal fathers must talk to them in the language they understand. They don’t want to hear rhetoric or sweet words in order to deceive them or give them false hope.

From all indication, it seems that governments at all levels have failed the youths including traditional rulers, what is your view?

Yes, because governments at all levels failed to create employment and conducive environment for businesses to thrive. But, I will say that the present administration has done so much in trying to create jobs for the youths than any other government, but their best is not enough because available jobs are not enough for the army of unemployed young people.

Anambra State will go to the poll to elect a governor in a few months time, what is your position on zoning the governorship position?

For equity and fair play, I am in support of zoning. Don’t forget that Igbo are laying claim to the Presidency in 2023 based on zoning and the argument that the South-East is the only zone that has not produced the executive President of Nigeria.

What of Dr. Nnamdi Azikiwe ?

Dr Nnamdi Azikiwe was not an executive President of Nigeria. What we had during the time in question was Parliamentary system of government and the Prime Minister was the head of government, hence Azikiwe was only ceremonial President and second in command. So, based on this fact, my people in Anambra State should embrace zoning. The political stability in Anambra today is because it was agreed that the governorship position should rotate between the three Senatorial zones and that was why former Governor Peter Obi insisted that Governor Willie Obiano will succeed him. After the short reign of Dr Chukwuemeka Ezife and the one-term four years of  Chief Chinweoke Mbadinuju who are from Anambra South, nobody from the area has been governor. Therefore, the governorship position should be zoned to Anambra South in 2021.

The likes of Prince Nicholas Ukachukwu, Sen. Andy Uba and Professor Chukwuma Soludo, all from Anambra South have contested for governor since 2003, what if any of them had won?

These people you mentioned did not win then because the people did not vote for them, hence they abided by the zoning arrangement. So, I don’t think the people are ready to renege on the gentleman agreement that has brought political stability in Anambra State.

Some people think that competence should be a priority rather than the clamour for president of Igbo extraction, what do you think?

When we say power must shift to the Southern part of the country, we are not saying we will present incompetent persons as presidential candidates. There are lots of competent men and women in the southern part of Nigeria that are capable to pilot the affairs of the nation if given the opportunity. This arrangement was renewed in 1999 and it has been the ground norm that has sustained the nation’s democracy. 2023 presidency will either make or mar the country. Don’t forget that the South is the only part of the country that is enjoying relative peace and anything that will ignite unrest must be avoided. And if you come to the South, the only zone that is yet to taste the Presidency of Nigeria is the South-East. Therefore, it is the turn of Igbo to produce the next President.