60 percent of unexplained Kano deaths due to COVID-19, says FG 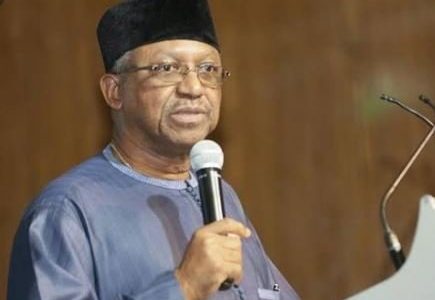 The Federal Government’s Ministerial Task Team that led the investigations into the unexplained deaths in Kano State, has revealed that about 60 percent of deaths were linked to COVID-19.

The report further showed that 979 deaths were spread across eight (8) municipal Local Government Areas, at a rate of 43 deaths per day. 56 percent of deaths occurred at home, while 38 percent deaths were recorded in hospitals. Also, most deaths occurred among individuals aged 65 years and above.

The Minister of Health, Dr. Osagie Ehanire, made this known on Monday in Abuja, while addressing pressmen during the daily press briefing of the Presidential Task Force on COVID-19.

He said: “With regard to unexplained deaths in Kano which occurred in April, the team confirmed from graveyard records, that a total of 979 deaths were recorded in 8 municipal LGA in the state at a rate of 43 deaths per day, with a peak in the second week of April.

“By the beginning of May, the death rate had reduced to the 11 deaths per day it used to be. The verbal autopsy revealed that about 56 percent of deaths had occurred at home while 38 percent were in a hospital.

“With circumstantial evidence as all to go by, investigation suggests that between 50-60 percent of the deaths may have been triggered by or due to COVID-19, in the face of pre-existing ailments. Most fatalities were over 65 years of age.”

He added: “While over 150 health workers had been infected at the time of their arrival, there was no report of an infection among health workers who had received training on infection prevention and control, thus restoring confidence. The intervention of the ministerial task force has been a game changer for Kano and some northern States.

“The visit was extended to fact finding excursions to offer support to five other states. With the observations and recommendations from the three-week assignment, the committee developed a Strategic Incident Action Plan to strengthen coordination capacity of the health workers and improve community engagement in line with our response plan.

“Since our entry into the community transmission phase, we have begun more aggressive tracking and testing and increased our laboratory network capacity from 5 to presently 30 molecular laboratories, with a plan for at least one laboratory in every state. This way, turnaround time is reduced to a minimum and case finding and management will run smoothly.”

Concerning the possibilities of home management of patients, the Minister said: “Home care in COVID-19 management is something like a last card. If you have many cases turning up, you have your isolation and treatment centres full, then, you start considering other options.

“Those that have very mild symptoms are the categories that will be in home management. Before home management, we have other improvised measures that are being introduced by the National Primary Health Care Development Agency (NPHCDA), to use dormitories and other available empty buildings.

“The other day we just got offers of some buildings where we can have people stay until they are no more infectious. The real hospital beds will be reserved for those who are sick.

“For those with mild symptoms, the management they will need is not much of nursing but psychological management and things to occupy them with. The human resources you require for that is not so much; you need counsellors etc. That is why the primary health care comes in very useful and they can provide human resources, in their thousands, who can manage this cases successfully when it comes to that level.

“We are looking at states partnering with each other. To do this you need the necessary assets like ambulances.

“We have plans to move people who are moderately ill and whose medical conditions suddenly turn bad to intensive care unit (ICU) across state boundaries, to a facility with ICU. If one state does not have ICU, you can do the movement that way. That possibility is there.

“If we have an overflow, we have the possibility of moving more positive patients from one facility to neighbouring states.”

0 comments on “60 percent of unexplained Kano deaths due to COVID-19, says FG”