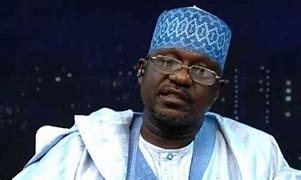 The apex Igbo socio-cultural organisation, Ohanaeze Ndigbo, has condemned the gruesome assassination of Ahmed Gulak by the unknown gunmen at Imo State on Sunday.

A statement on Monday by Ohanaeze spokesman Chief Alex Ogbonnia, described his murder as “a death too many because of the wrong signal it had sent to the general public”.

Ogbonnia stated that the killing negated Igbo custom on how a visitor should be treated.

He said “the Igbo custom places a very high premium on the wellbeing and hospitality of a guest”, adding that the host would even “pay the supreme prize in order to protect the life of a guest”.

“Obiozor is saddened by the death of Ahmed Gulak. He described Gulak as an ebullient and sagacious achiever, a detribalized patriot whose active presence was felt in any gathering.

“His enviable qualities helped him clinch the positions of the Speaker, Adamawa State House of Assembly and later the Special Assistant to the President of Nigeria. As a chieftain of the All Peoples Congress, Gulak was never on the sideline. He was a consummate politician.

“Our heart goes to the governor of Imo State, Sen. Hope Uzodinma who has remained in deep mourning since the death of Gulak.

“Our sympathy goes to the immediate family of Gulak and the good people of Adamawa State for this calamity. We pray to God to grant them the fortitude to bear this irreparable loss.”