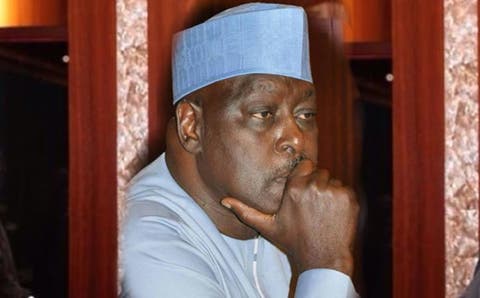 The High Court of the Federal Capital Territory in Maitama, Abuja, on Monday, disallowed an official of Ecobank Plc to testify in the trial of a former Secretary to the Government of the Federation, Babachir Lawal, and six others.

The Economic and Financial Crimes Commission is prosecuting the defendants on amended 10 counts of fraud, with the ex-SGF accused of benefiting illegally from the approval of N544m for grass-cutting and simplified irrigation in the North -East region of the country.

Others with whom Lawal is being prosecuted by the EFCC are, his brother, Hamidu David Lawal; a director of Rholavision Engineering Limited; an employee of the company, Sulaiman Abubakar and the Managing Director of Josmon Technologies Limited, Apeh John.

The two companies, Rholavision Engineering Limited, and Josmon Technologies Limited are also joined as defendants in the case.

All the defendants had pleaded not guilty to the charges.

Justice Jude Okeke, in a ruling on Monday, upheld the defendants’ objection which they had earlier raised on June 10, 2020, against the testimony of an Ecobank’s Compliance Officer, Chidi Eboigbe.

The judge anchored his decision, disallowing the witness to testify, on the failure of the anti-corruption agency to include Eboigbe in its list of witnesses served beforehand on the defendants.

He ruled that the omission by the commission violated section 379 of the Administration of Criminal Justice Act, 2011.

He, however, ruled that the EFCC could still call the witness to testify after amending its proof of evidence to include Eboigbe as a witness in its list of witnesses.

EFCC’s lawyer, Offem Uket, asked for an adjournment to file the additional proof of evidence.

Defense lawyer, Chief Akin Olujinmi (SAN), expressed displeasure over EFCC’s request for an adjournment which he said was informed by the commission’s failure to keep its house in order.

Justice Okeke adjourned till September 14 and 16 for the continuation of trial.