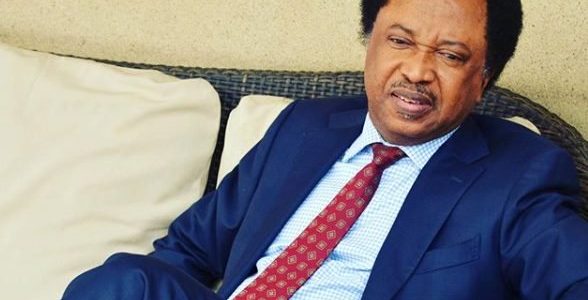 A Federal High Court in Abuja has threatened to revoke the bail granted Senator Shehu Sani should he fail to appear in court on the next scheduled date in his trial.

Sani is standing trial before the court on a two-count charge filed against him by the Economic and Financial Crimes Commission (EFCC).

The commission alleged that Sani engaged in name-dropping and obtaining USD$25,000.00 from Alhaji Sani Dauda of ASD Motors, Kaduna, under a false pretence that he would use the money to bribe the Acting Chairman of the EFCC, Ibrahim Magu, to shield  Dauda from EFCC’s investigation and prompt the commission to arrest and prosecute one Abubakar Musa who is having an issue with Dauda.

On his arraignment earlier this year, Sani pleaded not guilty, following which he was granted bail at N10million.

At the mention of the case on Monday, prosecution lawyer, Abbah Mohammed told the court that the case was slated for continuation of trial.

Mohammed said he was ready and that he has two witnesses in court.

Lawyer to the defendant, A. A. Ibrahim (SAN) said  his client could not make it to court because one of his neighbour, Alhaji Shehu Usman died of COVID 19.

Ibrahim added the measures adopted by the Kaduna State Government made it difficult for people to move around.

He added that the inter-state lockdown also compounded issues.

Ibrahim sought an adjournment, following which Justice Inyang Ekwo suggested that parties should return after the court’s long vacation later in September.

But upon appeal by Mohammed, who sought an earlier date, Justice agreed to give them four days before the vacation.

In a ruling, Justice Ekwo adjourned till July 6, 7, 8 and 9 for continuation of trial.

The judge then said he would not hesitate to revoke the bail granted the defendant if he fails to attend court on the next date.