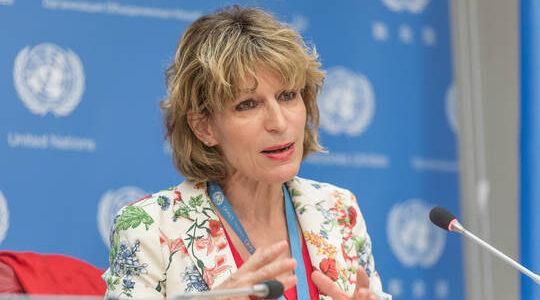 Amnesty International said on Friday that it stands by a report in which it accused Kiev of endangering civilians by placing its military assets in schools and residential areas. The investigation drew the ire of the Ukrainian government and President Vladimir Zelensky.

The NGO “fully stands by our research,” its Secretary General Agnes Callamard told the news agency AFP in an emailed statement. She also took to Twitter to state that her organization stands “by all victims. Impartially” and lashed out at those she called “social media mobs and trolls” that are “attacking” Amnesty’s investigations.

This is called war propaganda, disinformation, misinformation. This won’t dent our impartiality and won’t change the facts.

Earlier, Zelensky accused the NGO of shifting “the responsibility from the aggressor to the victim,” referring to Russia and Ukraine, respectively. The president stated that any report equating the actions of “the victim and the aggressor” in “some way” cannot “be tolerated.”

The report, which was released on Thursday, accused Kiev of “a clear violation of international humanitarian law” as it documented that Ukraine was placing its military close to civilian infrastructure, thus putting civilian lives at risk. In particular, the NGO said it found evidence of current or prior military activity in 22 out of the 29 schools it visited in Ukraine between April and July.

It said that Ukraine’s unlawful military use of civilian objects did not “in any way justify indiscriminate Russian attacks,” though. According to the NGO, Ukrainian troops had not been present in some residential areas which it assessed had been targeted in Russian strikes.

Ukrainian Foreign Minister Dmitry Kuleba said that the NGO’s goal was to create “a false balance between the criminal and his victim.” Moscow responded to the report by saying it had repeatedly stated that the Ukrainian troops use civilians as “human shields” and Amnesty’s findings only confirm that.

Russia sent troops into Ukraine on February 24, citing Kiev’s failure to implement the Minsk agreements, designed to give the regions of Donetsk and Lugansk special status within the Ukrainian state. The protocols, brokered by Germany and France, were first signed in 2014. Former Ukrainian president Pyotr Poroshenko has since admitted that Kiev’s main goal was to use the ceasefire to buy time and “create powerful armed forces.”

In February 2022, the Kremlin recognized the Donbass republics as independent states and demanded that Ukraine officially declare itself a neutral country that will never join any Western military bloc. Kiev insists the Russian offensive was completely unprovoked.

0 comments on “Amnesty fully ‘stands by’ report on Ukraine”