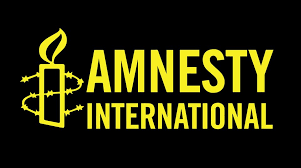 Global rights group, Amnesty International, has condemned the treatment of children arrested for allegedly engaging in terrorism. Amnesty said the children were locked up alongside adult terrorists who sexually abuse them while military officials look the other way.

The rights group said this in its latest report titled, We dried our tears: Addressing the toll on children of Northeast Nigeria’s conflict.

The report examined how the military’s unlawful detention and torture have compounded the sufferings of children from Borno and Adamawa States who faced crimes against humanity in the hands of Boko Haram.

“The Nigerian military’s treatment of those who escape such brutality has also been appalling. From mass, unlawful detention in inhumane conditions, to meting out beatings and torture and allowing sexual abuse by adult inmates – it defies belief that children anywhere would be so grievously harmed by the very authorities charged with their protection.

Most of such detentions are unlawful; children are never charged or prosecuted for any crime and are denied the rights to access a lawyer, appear before a judge, or communicate with their families. The widespread unlawful detentions may amount to a crime against humanity,” the report reads.

The rights group said Nigeria must urgently address its failure to protect and provide education for an entire generation of children in the North-East, a region devastated by years of Boko Haram atrocities.

The report further stated that between November 2019 and April 2020, Amnesty interviewed more than 230 people affected by the conflict, including 119 who were children when they suffered serious crimes by Boko Haram, the Nigerian military, or both.

This included 48 children held in military detention for months or years, as well as 22 adults who had been detained with children.