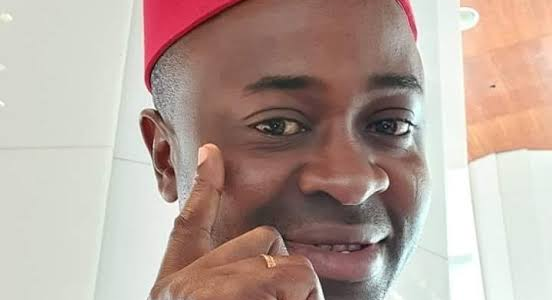 A federal lawmaker representing Anambra East and West federal constituency at the National Assembly, Chief Chinedu Obidigwe, has said that he is not interested in being Deputy to any particular governorship aspirant as Anambra State prepares for gubernatorial election in 2021.

Obidigwe made the clarification while reacting to insinuation making the rounds on social media and published by The Sun newspaper recently that the state governor’s wife was plotting for a joint ticket between him and an aspirant mentioned in the story. Obidigwe described such insinuations as unbelievable, impossible and unacceptable.

Obidigwe, who is the founder and national president of the United Anambra youth Assembly, U-AYA and United Anambra Women Assembly, U-AWA, said: ‘I, my groups and associates are supporting Prof Charles Chukwuma Soludo for governorship position under APGA come 2021 and we have publicly endorsed him.’

In the statement issued by his media assistant, Dominic Okagbue, Obidigwe further maintained that the current leadership in the state under Chief Willie Obiano has positioned Anambra to the path of greatness through his achievements and as such needs a consolidation of the developmental projects which prompted his choice of Soludo.

He urged speculators and political analysts on the pages of newspapers to dissociate him from talk of deputy governorship, saying ‘the APGA government had performed tremendously well and therefore shall continue to pilot the affairs of the state.’