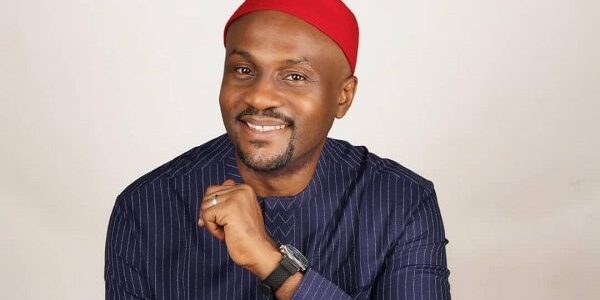 The delegates for the primary election which held at Covaj Event Center Nnewi started trooping to the venue as early as 8.00am.

The flag bearer who emerged through voice acclamation had no opponent.

Mr Agbasimalo while speaking shortly after emerging as the standard bearer of Labour Party appreciated the delegates for their sacrifice for the party and the confidence reposed in him.

He said that he has a blue print on education, security, infrastructural development and wealth creation which according to him would positively transform Anambra State.

Agbasimalo expressed optimism that he would emerge victorious in the November 6 governorship election.

The National Secretary of the party, Alhaji Umar Farooq while congratulating the LP candidate and the delegates for the peaceful conduct of the exercise urged them to take the good news of Labour Party to all the nooks and crannies of Anambra State.

Alhaji Farooq also appealed to the people of the state to give LP a chance in the guber polls noting that the major problem confronting Nigeria has to do with political parties that have no ideology and program for the nation.

“LP has her philosophy and ideology about leadership which is lacking in many political parties, all of us should work hard to get victory for our candidate on November 6, so that from there, the nation building process can begin.” He concluded.

Delegates from all the twenty one local government areas of the state participated in the Labour Party primary election which was witnessed by INEC officials and security agencies.