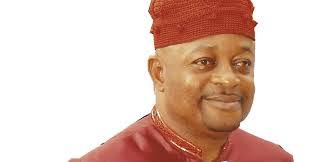 A total of 25 women of Umunya in Oyi Local Government Area of Anambra state have been excommunicated from the community for allegedly protesting arrests of suspected cultists in the area.

The traditional ruler of the community, Igwe Chris Onyekwuluje announced the suspension on Friday in his palace, describing the action as sacrilege.

A group of women from the community had on Thursday, stormed the government house in Awka, the state capital to protest alleged intimidation and arrest of their husbands and sons by their monarch.

But the monarch, yesterday, said the protest was an indication that they were in support of the cult activities in the area, warning that anyone found relating with any of the women would be dealt with in accordance to the tradition of the community.

He said his reluctance to organise a press conference for over 22 years of his monarchy was not as a result of lack of what to say, but to ensure the already peace existing in the area and the entire state was not compromised.

He said, “For the first time, I’m making a policy statement which I must stand by. As the custodian of the custom and tradition and Chief Security officer of the community, I hereby suspend the women from the community.

“From their actions yesterday, it’s obvious they’re the ones sponsoring the cult group. We’ll constitute a monitoring team to fish out any person or group of persons found to be having any dealings with them.

“For them to be accepted back, they must carry out proper cleansing in accordance with the tradition of the land, otherwise, we’ll banish them completely.”

Earlier in their separate reactions, the President General of the community,
Engr Kenneth Okafor and the chairperson of the women wing, Mrs Francis Ezeako, attributed the existing peace in the area to the monarch’s large heart and administrative prowess.

“We’ve not recorded any death in this community because of the kind of heart our Igwe has. He doesn’t have heart to deal with people. We came to you because we know your capability, and we’re sure this will end through your intervention,” they said.

One of the victims of the cult activities, Chinenye Obundu said over ten of them who refused to join the group sustained machete cuts, with two of them currently in the hospital.