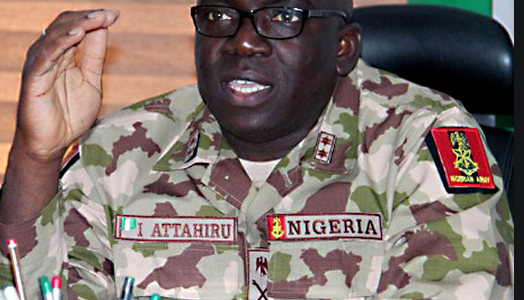 In continuation of its investigation into alleged shoddy deals in the purchase of arms, the House of Representatives Ad Hoc Committee on Arms and Ammunition for the Military, on Monday summoned the Chief of Army Staff (COAS), Lt.-Gen. Attahiru Ibrahim, and the Governor of Central Bank of Nigeria (CBN), Mr. Godwin Emefiele to appear before it unfailingly on Wednesday, April 7.

The duo is to explain to the committee how the funds appropriated and released for the purchase of arms and ammunition for the Nigerian Army was handled.
The ad hoc committee issued the summon at its sitting Monday following the adoption of a motion raised by Hon. Bede Eke.

Moving the motion, Eke said that the summon became necessary following the refusal of the public officers to honour several invitations extended to them by the committee.

He said that the committee had invited the COAS four times and the CBN governor five times and they have refused to honour the invitation.

The lawmaker said: ”CBN has been a problem to this house and they cannot operate the way they are operating and this house will keep quiet because we approve their budget.

“What are we asking for? Come and tell us how much we have paid for the purchase of arms; we have given you the right to fair hearing.”