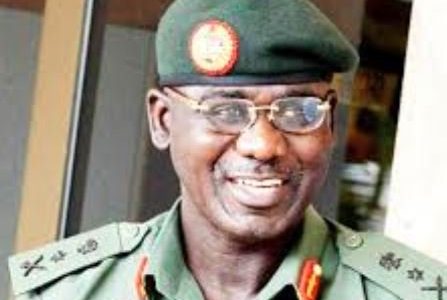 This was nine days after she was held by the army because her husband slammed the Chief of Army Staff, Lt General Tukur Buratai, in a viral video over the handling of the Boko Haram terrorists.

The army proceeded to arrest his wife after she granted a media interview, calling for the release of her husband.

Sources say she was arrested Tuesday midnight and spent nine days in the military guardroom where she was locked up.

Her phone was also confiscated.

The PUNCH learnt that her release came after a human rights lawyer, Tope Akinyode, vowed to institute a lawsuit against the Nigerian Army over the unlawful detention of the couple.

The lawyer later filed a lawsuit against the Nigerian Army, the Chief of Army Staff, and the Attorney General of the Federation, urging the Federal High Court to grant unconditional release of the Martins and his wife.

Akinyode told The PUNCH that the lawsuit against the army would continue despite Victoria’s release.

There is, however, no information about Martins.

0 comments on “Army releases wife of soldier who lambasted Buratai”