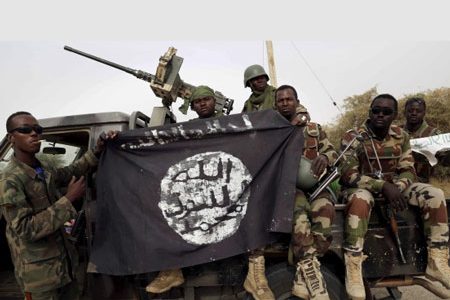 …says “I don’t know why they are keeping him”

The Nigerian Army has kept Samson Ononiwu, who made efforts to save two soldiers that ran into his apartment from hoodlums identified by security agencies as members of the Indigenous Peoples of Biafra (IPOB) in Oyigbo Local Government Area, Rivers State.

This Nation earlier reported exclusively that Ononiwu, a cobbler, in Oyigbo sustained deep cut on his head while trying to protect the soldiers from hoodlums, who hijacked the #EndSARS protest, killing six soldiers and four policemen in Oyigbo.

Samson was said to be indoors at No. 15 Charles Ibe Street when the helpless soldiers scaled the fence of the building and made their way through the back door to his room.

Onyema, the twin brother of Samson had said: “The two soldiers remained in my brother’s room, which he also used as a workshop. He is a cobbler and he produced shoes and sandals in that shop. Not quite long, the unexpected happened.

Onyema said the hoodlums used axe and other equipment to pull down the door.

“In the process, they used the axe to give my brother a deep cut on his head. They wanted to cut off his head but one of them said he was not the soldier. In the process, he ran away. But those soldiers were not lucky enough. They brought them out, killed them and took away their rifles.

“They came back, brought out all the property of my brother including his occupational tools and burnt them. They did not spare anything because they referred to my twin brother as a saboteur.

“My brother has been in shock since that time. He cried bitterly at the killing of those soldiers. My brother grew up in the north and it didn’t take him time to bond with the soldiers because they were from the north.

“It is painful that he lost everything he had worked for all his life but more painful that those soldiers he tried to save were later killed by the hoodlums. The anger of those hoodlums is that my brother received their perceived enemies and tried to save them.”

But Onyema lamented that his brother was still kept incommunicado in military detention.

He said the soldiers requested to see Samson adding that he took his brother to one operative of the Department of State Security (DSS), who handed him over to one Major Modozie.

He said: ” My brother has been in trauma since this incident occurred. But when the report of his experience was published in The Nation newspaper and the army requested to see him, I took him to a DSSman, who handed him over to Major Modozie. I took him there on Monday and Modozie promised to release him Tuesday. He said he wanted him to help them in their investigations.

“But the major refused to release him on Tuesday. He asked me to come back on Wednesday. On getting there, refused to release him. Since Monday, they have denied access to him. They collected all his phones. I am surprised at the way they are treating my brother. What Samson needs is help and not more trauma. Even if they don’t want to help him, they should set him free”.

Onyema called on the Governor of Rivers State, Nyesom Wike, to intervene in the development and wondered when a heroic act had become a crime in the country.

The Army has, however, maintained sealed lips on the reason why it decided to arrest Samson and kept him in its detention for over five days.

The 6 Battalion Spokesperson, Maj. Charles Ekeocha, could not be reached for his comments.

0 comments on “Army still detaining cobbler, who tried to save two soldiers in Oyigbo – Twin brother”