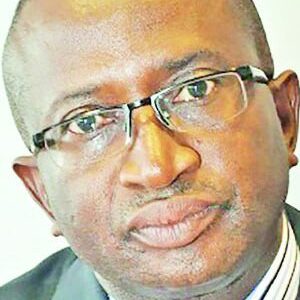 Former Senate Leader and Senior Advocate of Nigeria, Victor Ndoma-Egba, has dismissed claims by the presidency and the Attorney-General of the Federation that the proposed ban on open grazing by Southern governors is unconstitutional.  In an interview with ADETUTU FOLASADE-KOYI, Ndoma-Egba explains how systemic failure has impacted on the country’s security architecture. He also speaks on the agitations for secession in some quarters, why Cross River State governor, Ben Ayade’s defection to the APC was a welcome development, and many other national issues.

Recently, southern governors banned open grazing in the region, which President Buhari and Attorney General of the Federation, Abubakar Malami, both slammed as unconstitutional. As a Senior Advocate of Nigeria, what’s your opinion on this issue, bearing in mind that some northern states, too, have also banned open grazing?

A section of the country is clamouring for restructuring, while some others want devolution of power or decentralisation of power. Is Nigeria ready for any of these at the moment?

Our current federal structure and federalism are only so-called. They are only in name and certainly not in content and are no longer workable. Our federal system can be likened to a vehicle whose engine has knocked and the driver and passengers are busy changing its tyres. Whether you call it restructuring, or devolution of powers, or decentralisation, the inescapable reality is that our current structure is grounded, moribund and has become unworkable. When you have reached the point where all our institutions and systems are asphyxiated and are gasping for breath, where over 75 per cent of all budgets, whether federal or for the states, are for recurrent expenditure while less than 25 per cent is for capital, the component of the budget that delivers development, where the local government system is largely defunct, the red lights are obviously on.

Secession is not an option. For us minority of the minorities, Nigeria offers us a bigger and safer umbrella. The cry for it is an expression of the frustration of a segment or segments of the country with their place in the current scheme of things. Inclusiveness and equity in access to the resources and opportunities of the country are the most obvious solutions. This underlies the need for a national conversation on the state and future of our union. Such a dialogue will strengthen our bonds.

Can the National Assembly organise a referendum based on calls for secession or is a sovereign national conference the way forward?

Your state governor, Prof Ben Ayade, recently defected to the ruling All Progressives Congress (APC). How does that change the power structure in Cross River State?

The defection of Governor Ben Ayade changes the political landscape of Cross River State in many fundamental ways. Governors are undeniably strong in our current dispensation and that is why the People’s Democratic Party (PDP) was desperate to keep him and the APC was anxious to get him. Governors have incomparable resources at their disposal. They dispense unmatched favours, have all the benefits of incumbency and many more advantages. His government is a structure by itself; perhaps the most formidable of the various structures. The first implication of his defection is that the state has now realigned with the centre. The state is too vulnerable to be in opposition. Secondly, for the first time in 22 years, the PDP is out of government and out of power. Being naked at the state level is a strange experience and definitely not a palatable one. Within the APC, there will be a lot of realignments. In 22 years, the PDP did not protect Cross River State. Our most monumental losses, Bakassi; 76 oil wells and the opportunity to appeal the International Court of Justice judgement on Bakassi were all under a PDP-Federal Government. In the state, we lost a most cohesive and exemplary political family that was once the envy of all. The PDP’s implosion in the state was long foretold and long in coming.

I ask this because there are factions in the APC in Cross River. How are the different tendencies in the APC going to resolve their differences as the party structure would now be in Ayade’s hands as the new leader?

There were many claimants to the leadership of the APC in Cross River State. Many of the claims were either pretentious or tendentious. Some were simply false. Those claims should now be rested as the tradition of the APC is that governors are leaders of the party in their respective states. It cannot be any different for Cross River State. I, however, believe that the governor will maximise the dividends of his coming into the APC, and the easiest way for him to achieve this is to encourage internal party democracy, be inclusive, win hearts and minds of fellow party men and women. After his experience with the PDP, he should do everything to avoid another fight and ensure that others do not have his unsavoury experience.

More than ever before, Nigeria is bogged down by insecurity. What can be done to steer us back to a secured, peaceful country, even as some critics aver that banditry, kidnapping and insecurity generally is as a result of our economic crisis?

Crime is a function of the state of the economy and the strength and efficiency of our systems. In our case, the increasing level of insecurity is the clearest evidence of our dysfunctional structure, leading to the collapse of almost all of our institutions and systems. The judiciary, the police, the armed forces, the local government system, state Houses of Assembly, are all in dire straits. Farmer-herder clashes are threatening food security, an opaque fuel subsidy regime is distorting the economy, corruption is eating deeper into our psyche and social fabric, education is collapsing and this is worsened by an emerging industry of kidnapping students. Our multifaceted problems speak to systemic failure. We should simply redesign a new structure for our country as otherwise, we will continue to treat symptoms while the disease festers.

The APC government keeps borrowing to fund government projects. Is that healthy for Nigeria? Won’t the borrowings eventually turn us into a beggar nation?

There is the fundamental wisdom that he who goes a-borrowing, goes a-sorrowing. However, it is not every borrowing that is bad. Borrowing within capacity and for productive purposes; on proper economic and legal terms is not bad. My concern is that we exited Paris Club indebtedness. We should not walk into another debt trap. Government experts keep assuring us that we are still within safe limits in our borrowing. As a policy, however, debt should not be a substitute for a failure of tax policy or revenue generation. We should look inwards.

The NDDC has been described as a ‘cesspool of corruption.’ What can be done differently in NDDC, so that the intervention programmes and projects meant for the region can actually be felt and seen by the people they are meant for?

If the NDDC were a company, it would have long been declared bankrupt and liquidated. Its problems are many. The first is that the law setting up the commission has been observed more in breach than in compliance. No board, since inception, has survived its prescribed tenure.  There have been too much political interference so much so that in the last almost three years, the commission has been run through contraptions and arrangements totally unknown to the law establishing the commission. Another major problem is the absence of a master plan for the region. One elaborate stakeholder-driven master plan was drawn up when Timi Alaibe was managing director and approved in 2006 by former President Olusegun Obasanjo. The plan was abandoned almost immediately; for no clear reasons. Therefore, projects and programmes are uncoordinated. There are governance and a myriad of other issues.  NDDC should be rebooted. There should be a stakeholder-generated master plan and a proper governance code that guarantees transparency and accountability. There should be an authentic forensic audit of its finances, projects, personnel and processes and a 24 month moratorium on all contracts.