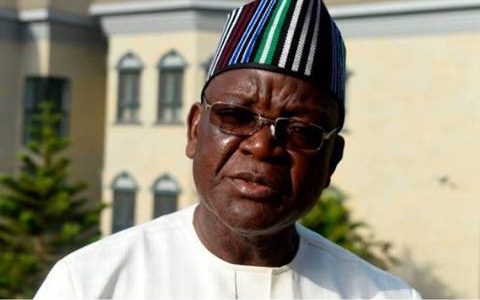 Barely a month after testing positive for COVID-19, Terwase Orbunde, the Chief of Staff to Benue State Governor, Samuel Ortom; and Secretary to the State Government, Tony Ijohor, have recovered from the virus.

But the wife of the state governor, Eunice Ortom, and the Head of Service, Veronica Onyeke, still test positive for the virus.

Orbunde, in a statement issued on Saturday, said he has resumed office immediately.

He said, “After observing the stipulated protocol and having received the required treatment, I wish to state that officials of the Nigeria Centre for Disease Control after conducting other subsequent tests have declared that I am negative and also released me from isolation. I have, therefore, resumed official duties.

“I appreciate my wife, Abigail, my immediate family, the brethren, associates, staff, well-wishers and all those who stood with me in prayer and other forms of support.”

Also, the Ijohor announced in Markurdi that subsequent tests carried out on him had also returned negative.

The SSG and CoS prayed for the quick recovery of the governor’s wife and the HoS and all those who were infected with the virus.

0 comments on “Benue SSG, Ortom CoS recover from COVID-19”