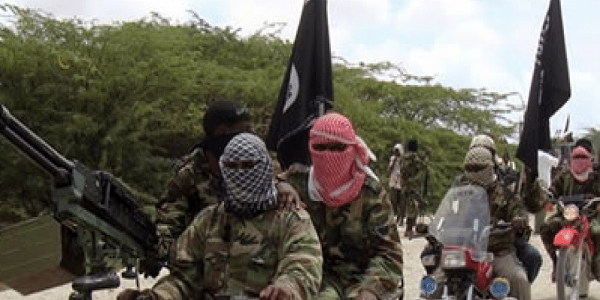 The Islamic State of West Africa Province (ISWAP) and Boko Haram are back together  almost two months after their differences boiled over, resulting in the death of Boko Haram leader Abubakar Shekau.

Commanders of the two groups sealed their new alliance at a meeting, according to blogger PR Nigeria.

The news outlet said it obtained a 13-minute video showing the gunmen placing “their hands atop one another, while chanting words of solidarity, to demonstrate their reuniting and togetherness.”

They pledged allegiance to one Aba Ibrahim Al-Hashimiyil AlKhuraishi, whom they unanimously called ‘Khalifan Muslimai’or “The Leader of all Muslims”.

Four insurgents from the two sides pledged loyalty to their new Commander.

They spoke in Arabic, Hausa, English and Fulfulde.

One of the speakers, PR Nigeria said, confirmed that the Nigerian intelligence played critical roles in creating divisions in their camps.

He was quoted as saying: “The enemies succeeded in dividing us, but we are now back.”

Another speaker thanked Khuraishi for bringing them together, eventually.