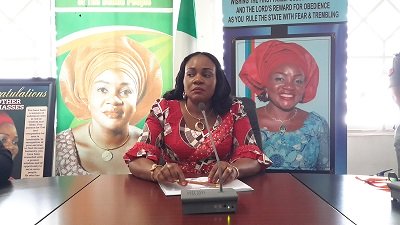 The Governor in a press briefing Saturday also confirmed his Chief of Staff, Hon. Terwase Orbunde and the state Head of Service, Mrs. Veronica Onyeke among others as having tested positive for the virus.

Governor Ortom who announced that though he tested negative, the first family had decided to go into total isolation including himself.

While noting that testing positive for the virus was not a death sentence, the Governor urged people of the state to take preventive protocols seriously in order to help stop the spread of the pandemic.

The Governor’s wife had earlier issued a statement she personally signed confirming her status and one of her sons, even as she called on anybody she might have come in contact with to go into self isolation and subsequent testing.