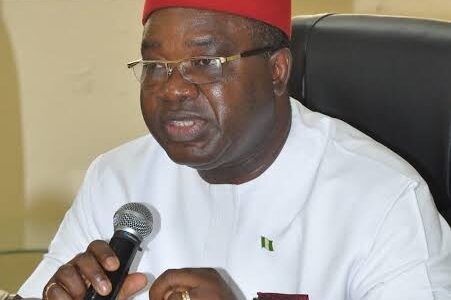 The National Human Rights Commission (NHRC), on Thursday, launched a mobile application, @UNSUB WEB”, for victims of Sexual and Gender-Based Violence (SGBV) in Nigeria.Unveiling the web in Abuja, the Executive Secretary, NHRC, Tony Ojukwu, said a global problem as rape and SGBV requires a coordinated national solution in order to make meaningful progress.” It is therefore in furtherance of the commission’s quest for a coordinated response that the commission in collaboration with it’s partners is launching UNSUB.” UNSUB is a cutting edge technology designed to support responders to cases of SGBV to work in sync with others and to also keep track of progress with the aid of technology, ” Ojukwu said.He revealed that the commission had a dedicated staff strength in the 36 states of the federation and an automated 24 hours call centre with gender sensitive attendants that operationalises the UNSUB platform.” The Nigerian Communications Commission (NCC) has concluded arrangements with NHRC to include it as one of the response agencies in the National Emergency Communications Center ( ECC), this will avail us the use of the 112- toll free number as an added number for reporting SGBV and other human rights abuses, ” he said.Also speaking, Sen. Michael Bamidele, who representative the President of the Senate, Ahmad Lawan, said failure to be mindful of the rights of others is an invitation to social intervention through the appropriate legal framework.Bamidele said societies must continue to respond appropriately, not just to deter others, but to protect moral fiber, decency and good neighbourliness.He added that UNSUB would make methods of apprehension, resolution or management of the cases of SGBV faster.Also speaking, Deputy Commissioner of Police force Gender Coordinator, Margaret Ochalla, representing the Inspector-General of Police, said the Nigeria Police Force launched its Gender Policy in 2012 and established  Gender units in various police commands across the country.Ochalla said the units were launched due to the prevalence  of sexual violence and the need to tackle it.She said the police had partnered with Ford Foundation on a two year sensitisation and awareness program on preventing SGBV across the six- geopolitical  zones in Nigeria.She said that the Nigerian police as a major stakeholder in the fight against SGBV would not relent in its efforts in the thorough  investigation and prosecution of offenders.Oluwakeji Lebi, representative of the Director-General, National Agency for the Prohibition of Trafficking Persons ( NAPTIP) said it had been creating awareness on the Violence  Against  Persons Prohibition Act( VAPP) and its capacity to act accordingly to redress violations.Lebi said NAPTIP had rehabilitated and reintegrated SGBV victims and convicted a lot of criminals of such violence with the support among its partners and stakeholders.” We in NAPTIP acknowledge the giant strides of the NHRC, CANs and key actors in coming up with UNSUB application which makes reporting of cases of SGBV easily accessible, ” she said.Also speaking, Amina Agbaje, Deputy Country Vice President, International Federation of Women Lawyers (FIDA), Nigeria representing its president, Rhoda Tyoden, said SGBV affects women, girls, men and boys.” SGBV is a major obstacle to the achievement of justice and a barrier to sustainable development, economic growth and lasting peace, if women, girls, men and boys are not safe, they cannot participate in the development of our society.” Current findings by Women at Risk International Foundation (WARIF) and NAPTIP reports that over 10, 000 women and girls are raped daily in Nigeria, ” Agbaje said.She also said that according to a 2014 UNICEF study, 25 per cent of Nigerian girls have experienced sexual violence before the age of 18 compared with 10% of boys.She added that another survey published by NOI polls in 2019 suggests that up to 33 per cent of girls in Nigeria could have experienced at least one form of sexual assault by the time they reach 25.” The need to explore innovative methods cannot be overemphazised as it would help reduce the stigma often associated with reporting cases of SGBV, bring enhanced coordination of services, better management of SGBV data and improved health status of survivors and justice outcomes,” she said.