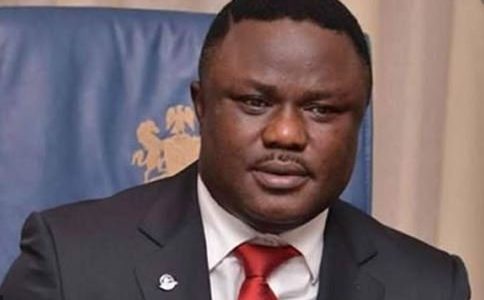 CROSS River State Governor Ben Ayade has said private investors are needed to achieve the vision of industrialising the state.

The governor stated this at the weekend when he conducted President of the Coscharis Group, Dr Cosmos Maduka, round projects in Northern Cross River.

“Coscharis is here in Obudu to ensure that the specialist hospital becomes a reality. He is the representative of Siemens and that hospital will be equipped by Siemens.

“As a core investor, as a man with credible record, a man who has a history of consistent success from start to finish, we believe that a handholding with him will bring great success to our state. That is basically the philosophy that underlines our decision to have him go through all of our projects,” Ayade said.

Elated by what he saw, especially a section of the 274km Superhighway linking Cross River with the north, Maduka said he was willing to invest in the state.

He had always dismissed the project as a facade before his visit, Maduka said. He hinted that Coscharis, a multi-sectoral conglomerate, would explore the possibility of maximising investment opportunities in the state.

He said: “What we are seeing here is incredible to say the least; it is better seen than imagined. Anytime you hear news about the superhighway from Ikom all the way to Benue State, everybody says forget it, he doesn’t know what he’s talking about.

“Today I am standing on the road myself and I am short of words to say the least. We came in here yesterday, we have looked at the British International School; we went to Obudu; we have seen the hospital being built, we are just coming from the airport and I was wondering where he is getting the resources to do all these. What we are seeing is capacity of thinking, of brainstorming.

“Cocharis is looking for business opportunities. We are doing something on agriculture in Anambra State so if the opportunity presents itself, we will take a stake here. We are willing to invest.”

0 comments on “‘Coscharis seeks to invest in Cross River’”