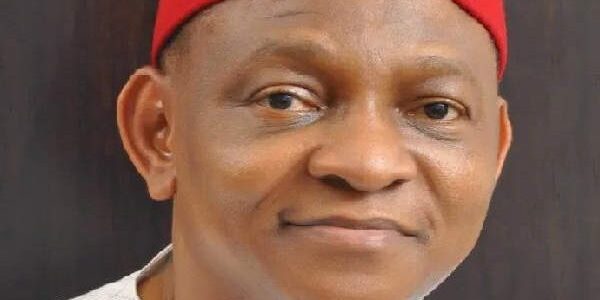 On January 2020, a Federal Capital Territory (FCT) High Court in Kubwa, Abuja, presided over by Justice Bello Kawu, nullified the election of Sen. Patrick Ifeanyi Ubah as the senator representing Anambra South senatorial district and ordered the Independent National Electoral Commission (INEC) to issue a Certificate of Return to Dr. Obinna Uzoh, the candidate of the party that came second in the election.

The court ruled that having established that there were discrenpacies in the certificate presented by Ubah and the fact that he did not emerge candidate of the Young Progressive Party (YPP) from a primary election, his victory was null and void.

The court then ordered that Dr. Obinna Uzoh, a legal practitioner, politician and philanthropist, who had got an earlier court judgment pronouncing him as the authentic candidate of the PDP, should be sworn in as senator representing Anambra South.

Senator Ubah had appealed the case and the Court of Appeal gave him victory, ruling that the High Court did not have jurisdiction to have entertained the case. The Supreme Court also affirmed the judgment on the basis of not having  jurisdiction to entertain the case.

However, there was a twist in the case thereafter, as Dr. Uzoh was accused of falsifying court documents in his suit against Ubah.  He was detained and put to trial before Justice Okon Abang.

The case was later reassigned to Justice Ahmed Mohammed of the Federal High Court Abuja, who last Tuesday discharged and acquitted Dr. Uzoh of the forgery allegation.

In this interview, Uzoh spoke, for the first time, on the matter and the ordeal he passed through.

Last Tuesday, the Federal High Court in Abuja discharged the case of alleged forgery instituted against you as fallout of your suit against Sen Patrick Ifeanyi Ubah, which saw to the nullification of his victory at the 2019 Anambra South Senatorial election victory. Could you tell us the genesis of the case?

That court case came as a result of our allegation of forgery against Sen Ubah for which we got a judgement at the FCT High Court, Abuja. The court presided over by Justice Kawu agreed with us that the National Examination Council (NECO) result presented by Sen Ubah was forged. There were inconsistencies in the result as there were different serial numbers, indicating forgery. Sen Ubah went back to the court to set aside the judgment and was denied. He went to the Court of Appeal and the Supreme Court, where they said there was no jurisdiction on that matter, that the matter should have started in Anambra State and not Abuja.

We believed we were right to have started the case in Abuja relying on Zayyad Ibrahim v APC and 2 others (unreported) SC/420/2019 and plethora of other authorities because all the certified documents we got were obtained from the Independent National Electoral commission (INEC) headquarters in Abuja. INEC office in Awka, Anambra State said that the documents were domiciled in Abuja. Also, the Young Progressive Party (YPP) headquarters is in Abuja and Peoples Democratic Party, (PDP) is also in Abuja. There was nothing connecting Anambra in the matter. However, the Supreme Court panel, led by now late Justice Sylvester Ngwuta said no, that the matter should have originated in Anambra. Well, we congratulated Sen Ubah because the Supreme Court had ruled. However, the only court that treated the substance of the case, which was forgery of certificate, was the FCT High Court and it acknowledged that the documents presented by Sen Ubah were forged because there were different fonts, logo, serial numbers.

From what you said, it means the Appeal Court and Supreme Court ruled only on jurisdiction and not on the substance of the case of certificate forgery against Senator Ubah. Why would they do that?

You cannot question my noble lords of the Court of Appeal and Supreme Court. In law if you don’t have jurisdiction, they will not look at the substance of the case, but we felt that we had jurisdiction because all our documents came from the INEC headquarters in Abuja. There are plethora of Supreme Court judgements which my counsel quoted to show that we had jurisdiction, but the judges of the Supreme Court disagreed and in law, if you don’t have jurisdiction, my noble lords will not entertain the substance of the case. The judgement of the FCT High Court that Sen Ubah’s documents were forged has not been upturned, in the true sense of it; but what we were looking at then was a pre election matter.

Could you tell us what you went through during the period the case against you lasted? We understand that your son, who is a lawyer, was whisked away from the court over it?

If you are a good man like me and get into politics, you will be ready for any challenge. Challenge is one of the elements of growth and success. The police invited my son and he went there. A lot of propaganda and falsehood were going round but I refused to say anything. My son did not say anything too. We are lawyers and when a matter is in court, you cannot say anything on it as this will be sub-judice.

My son, who was one of those who represented me in the Court of Appeal and Supreme Court, was in court and some people with policemen waylaid him, saying they were looking for Dr. Obinna Uzoh and insisted that he went with them to the police headquarters. He agreed. His driver drove him to the police headquarters. He was not whisked away. He got there and told them that he is a lawyer and that he was sure they were looking for me, his father. He told them that if they wanted to serve him, they should do so in his office and if they wanted to serve me, his father, they should do so in my office. In the end, their boss told them to let my son go. There were also reports that some judicial officers were sacked for compiling a fraudulent case file. This is untrue. No judicial officer has been sacked on account of this case. A lot of unprintable things were said about me, my son, my lawyers etc that were targeted at smearing my image. But people refused to believe these things because they know my pedigree and standing in the society. There was no need joining issues with them, being disciplined lawyers.

Back to the question. I waited for them to serve me or invite me to the police station, but they didn’t. I went to the office of the Inspector General of Police. They came and said they had declared me wanted. These are people who never invited me by whatever means. They detained me and later took me to court.

What would you say you have gained from all the trouble?

Personally, I have gained resilience and great experience. However, the society has gained more. Now, it will be difficult for people with questionable certificates to go for elective offices at whatever level. I am happy that I achieved the awareness I set out to create. Before this case, a lot of those who like to play the role of godfathers in Anambra State and some others parading fake certificates were getting ready to go vie for office of governor. They could have emerged as candidates for the November 6 governorship election. But with this awareness,  they saw that they couldn’t make progress and therefore withdrew and decided to back some other qualified people.

Has Sen Ubah made effort to apologise to you for what is looking like defamation?

I am yet to get a call or an apology from him. I am not expecting anything from him. He is my younger brother. That’s what you get in politics.  Some people have asked me whether I will file for a defamation suit with huge damages  and perhaps have him punished. Some people have also said that vengeance is of the Lord’s. These are all the things I will reflect on before I decide the way forward. For now, I’m contented with the liberation I’m bringing to my people.

As it is today, the political parties have all held their primaries to elect candidates for the November 6 governorship election. This means you are completely out of the process. What will be your next line of action?

I am a firm believer in God. I’m not a quitter. Perhaps, they thought they can keep me out of it, but if it is God’s will, it will still come to fruition. It is not yet over. Politics is like a game of football; until you hear the final whistle, the game is not yet over. We are studying the developments to see how we can get involved. Perhaps, before the end of this July, we will come out with a position on whether I will contest for the governorship of Anambra State or support somebody. The parties have had their primaries; we are studying the outcome; some of the parties are already in court, so we are studying the process, to see how we will get involved.

The church seems to play a big role in Anambra State politics. We have seen many candidates emerge using the sentiment of the church. What are your expectation in this particular election, where many of the candidates are of the Catholic faith?

The Church has always played a role in Anambra politics, but as time goes on, we will see how it goes. By the time the list of final candidates is presented to Anambra people, they will make their choice. A lot of things will come into play, including background and antecedents. Religion could be a major factor. It is a known fact that we have a huge percentage of  people of the Catholic faith in Anambra State; we will see how it goes. For me, my philanthropy cuts across boundaries.

What is your advice to the people of Anambra in exercising their franchise?

It is important that our people take a look at what is happening in politics. Politics determines a lot of things – how business is done, education and many more. It is important that the people take advantage of the ongoing continuous voters registration by INEC to get their voters cards. By the time the final names of candidates are released, it will behove on them to decide who to vote for. They should look at the antecedents. They should ask these questions: What has that candidate been doing? What has he done with the little he has to help the people? You have to trust somebody with a bigger office if you see what he has done with the little office. We should, as one of our surviving nationalists, Chief Mbazuluike Amaechi, said, look at the antecedents of the candidates rather than leaning towards political parties.