Despite Western hysteria over Russian hackers, up to 75% of global cyberattacks originate from US soil – top Moscow security chief 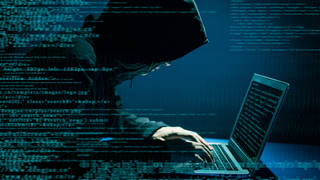 and simple app that delivers the latest headlines to you.RTLIVE

Despite Western hysteria over Russian hackers, up to 75% of global cyberattacks originate from US soil – top Moscow security chief

Follow RT onThe lion’s share of cyberattacks around the world originate from the US – a fact the West avoids mentioning too often. That’s according to a high-ranking Russian official, citing research conducted by cybersecurity companies.

Deputy Secretary of the Russian Security Council Oleg Khramov said in an interview that the majority of hacks are conducted utilizing American IT infrastructure.

From 2016-19, 40 to 75 percent of all attacks were launched from US territory, while Russia was home to no more than two to seven percent of such cases, Khramov told the newspaper Argumenty i Fakty. This “clearly demonstrates to any sensible person” that the West’s painting of Russia as a “global threat to cyberspace” is baseless, he said.

Although Khramov didn’t name the companies he was referring to, in June 2019, the National Computer Incident Response & Coordination Center (NCIRCC) announced that up to 71 percent of cyberattacks against Russian IT systems came from the US and only three percent were of domestic origin.

Russia’s Federal Security Service (FSB) established the NCIRCC in 2018 to counter cyberattacks against Russian interests. Apart from Russia, he said, the West also “finds” major “nests” of cyber-terrorists in China, North Korea, and Iran. This is done deliberately, Khramov believes, in order to “justify the consequent actions of the US and its allies against their geopolitical competitors.”

Moscow has consistently reached out to its foreign partners to jointly counter cyber threats “without politicizing the matter,” he said, but these calls tend to fall on deaf ears, as Western countries routinely hurl accusations at Russia, as well as China, North Korea, and Iran.

For instance, in late July, the EU imposed sanctions on Russia’s ‘Special Technologies’ military intelligence unit, as well as four Russian citizens believed to be its operatives. They, as the EU alleged, were involved in the ‘NotPetya’ virus, which inflicted $10 billion worth of damage to the world economy in 2017.

Though the virus targeted Russian companies as well as others, the EU accused Russia of being behind it. Brussels also imposed sanctions on several Chinese citizens, as well as Chinese and North Korean companies.

The Russian Foreign Ministry said in response that this type of approach only leads to new political confrontations and “cyber chaos.”

0 comments on “Despite Western hysteria over Russian hackers, up to 75% of global cyberattacks originate from US soil – top Moscow security chief”