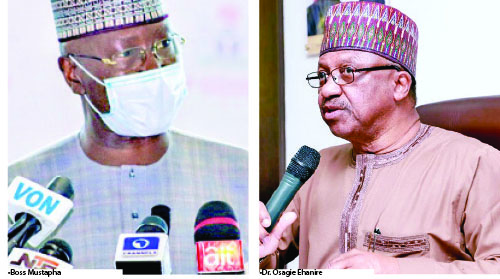 Worshippers at the Power of Pentecost Liberation Ministry, Okposi Achara in Ohaozara Local Fovernment Area of Ebonyi State penultimate Tuesday were forced to close their night prayer sessions following an attack on the church by unknown gunmen.

It was gathered that the incident happened at about 8:00p.m as the church programme presided over by Prophet Uchechukwu Elijah was underway.

The assailants had targeted the pastor’s new wife, Chinyere, and shot her at close range on her forehead before fleeing the church.

The gunmen shot her when she went outside the Church building to urinate during the prayer session.

The incident, it was gathered, brought the church service to an abrupt end as the worshippers abandoned their Bibles and other belongings and scampered for safety.

A member of the Church who was inside the building when the incident occurred told Sunday Sun that the worshippers initially mistook the gunshot to be knock-outs from youths living in the area.

The source who gave his name as Onyema said that the woman was found on the ground outside the Church about 15 minutes after the gunshot was heard.

The source said that another member of the church who went out to urinate saw the pastor’s wife lying in a pool of her blood behind the church building.

He said: “That night, everywhere was noisy. The church generator was blasting and also the noise from the women praying inside the church made it difficult for us to actually understand that it was a gunshot. But we heard the sound ‘taaa’, but we thought it was sound of knock-out. You know we are already in Christmas mood. But few minutes later, another church member went out to urinate and saw the pastor’s wife on the ground and shouted, then, everyone now came out.”

Sunday Sun gathered that the incident happened a month after the pastor, Prophet Elija, who hails from Imo State but lives in Okposi, married Chinyere, a native of Okposi.

Residents of the area said that the pastor, a young man in his 30s, had another wife who resides in Lagos before getting married to Chinyere, a member of his church, in October this year.

It was, however, gathered that the choice of Chinyere as his new wife did not go down well with some elders and leaders of the church who had earlier  ‘arranged’ another lady for the pastor to marry before he settled for Chinyere.

A source who lives within the vicinity of the church, told Sunday Sun that elders and leaders of the church had been at loggerheads with the man of God over his choice of Chinyere before the attack on the church.

“Before the woman was shot, there was already crisis between the pastor and some elders and leaders of the church. They were not happy that he (pastor) left the woman they brought for him from Onicha Igboeze (nearby community) to marry and went and married another person. The Onicha lady is a member of the church too and she was the one who has been cooking and doing everything for the pastor. Everybody was seeing her as the pastor’s wife before he went and married Chinyere. They used to fight inside the church. The Onicha girl always fought with the pastor’s wife before the attack in the church,” the source said.

He further alleged that the elders of the church, the pastor’s first wife who lives in Lagos and the pastor’s jilted girl friend were the ones who planned and executed the attack.

But one of the pastors of the church, who gave his name as Pastor Kingsley, told Sunday Sun that they were yet to ascertain the identities of the people behind the attack.

Pastor Kingsley, however, disclosed that the pastor’s wife was responding to treatment in an undisclosed hospital in Enugu, where she was taken to after initial intervention at a private hospital in the community.

He said: “We don’t know those behind the attack. But it is unfortunate. Our Prophet is not around. He has gone to Enugu to see the wife in the hospital. But he has reported the matter to the police in Abakaliki for investigation.”

Efforts to get the distraught pastor, Prophet Elijah, for comments failed as he neither picked nor returned calls made to his mobile phone.

But the Police Public Relations Officer (PPRO) of Ebonyi State command, DSP Loveth Odah, confirmed the report, adding that the Commissioner of Police, Philip Maku has ordered for a full scale investigation into the matter.

According to Odah: “On 2nd December, 2020, at about 8:45 a.m, one Pastor Uchechukwu Aboh of Iheme Mbano, in Imo State, pastoring at Power of Pentecostal church, Okposi Achara in Ohaozara Local Government Area of Ebonyi State, reported at Ohaozara Division, that on 1st by 7:00p.m while they were in church service, unknown persons came to his church and shot his wife, one Chinyere Uchechukwu, on the head with a locally made gun.

“The victim was rushed to Excellent Hospital Okposi Achara for treatment.  The DPO said they rushed the woman to hospital where she is receiving treatment.

“Investigation is ongoing, and the Commissioner of Police is very interested in this matter. He has ordered for a full investigation into this matter with a view to unravelling the mystery behind the shooting because, we are actually aware that there is a cult clash in Ebonyi and the joint security operatives are on the matter and we hope that very soon we will be able to fish out those cultists.

“But, it is very surprising that a pastor’s wife is also shot in the church, and nothing was stolen to say, it was a case of robbery, and no other person was injured to say, it was a mistake of identity. The CP has directed that investigation should be strictly conducted and the matter has been transferred to the State Criminal Investigation Department.”

0 comments on “Ebonyi church in turmoil”