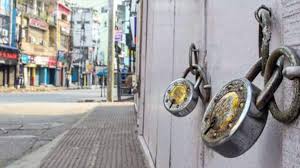 The Economic Commission for Africa (ECA) has released a new report proposing to African nations various COVID-19 exit strategies following the imposition of lockdowns that helped suppress the spread of the COVID-19 in the region but with devastating economic consequences.

The United Nation’s agency however estimated that the lockdowns applied by at least 42 countries in Africa would cost the continent about 2.5 per cent of its annual Gross Domestic Product (GDP), equivalent to about $65.7 billion per month.

The report entitled, “COVID-19: Lockdown Exit Strategies for Africa”, issued yesterday in Adis Ababa, Ethiopia, by the ECA’s Communications Section, added that the estimated loss was separate from and in addition to the wider external impact of COVID-19 on Africa of lower commodity prices and investment flows.

According to the report, the seven exit strategies proposed by the ECA that provide sustainable, albeit reduced, economic activity are being tried around the world and outlines the risks involved for African countries.

The report explained that the strategies were assessed with respect to the extent to which each strategy minimises uncertainty over fatalities, saying, in most cases, countries were applying a combination of several strategies such as testing, contact tracing and gradual segmented reopening. The ECA report maintained that under adaptive triggering, nations could ease lockdown once infections declined and re-impose if they begin to rise above intensive-care capacity.

It said these would require regular shutdowns lasting two-thirds of the year, making little difference to permanent lockdown from an economic perspective, pointing out that African health-care capacity was limited, meaning that capacity would quickly be exceeded, potentially resulting in fatalities.

According to the report, this could imply considerable risk in African populations with low health-care access and unknown commodities.

It said firms surveyed by the ECA reported to be operating at only 43 per cent; 70 per cent of slum dwellers reported that they were missing meals or eating less as a result of COVID-19.

The report further noted that lockdowns forestalled severe vulnerabilities and that testing, contact tracing and easing restrictions may be possible for countries with sufficient public health systems and that have contained COVID-19 transmission, put in place preventive measures, engaged and educated communities, and minimized risks to vulnerable groups.