El-Rufa’i and Ganduje, stop this quarrel 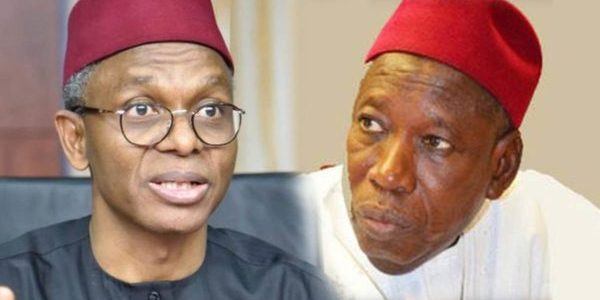 Just when all hands should be on deck and public authorities as well as private groups and individuals should all cooperate to try to see an end to the COVI-19 pandemic, two key Northern state governors are engaging in a personal and inter-state fight.

For three weeks in a row, Governors Nasiru el-Rufa’i and Abdullahi Umar Ganduje of Kaduna and Kano states have engaged in a war or words as well as melodrama for reasons that the public finds very difficult to understand.

On Tuesday, May 19, four days before Sallah, El-Rufa’i told reporters in Kaduna that he would personally patrol the Kano-Kaduna state border on Sallah day “in order to ensure that no one sneaks into Kaduna from Kano.” He said, “I will remain there from morning till night to see who will dare enter Kaduna State. I will not leave there until late at night.” He said it was part of his strategy to contain the spread of corona virus.

No doubt the people of Kano found the statement to be offensive. Governor Ganduje angrily responded two days later, saying in a statement through his press secretary that 30 vehicles that were trying to sneak into Kano from Kaduna State were “apprehended” by security agents at Kwanar Dangora, and their drivers were fined by a mobile court. He said they were arrested for defying the ban on inter-state travel. He added, more offensively, that he had ordered security agents “to be extra vigilant to make sure that kidnappers, bandits, armed robbers, cattle rustlers, vanguards of religious extremism and other criminal elements do not cross the border from Kaduna to Kano.” This was an unfortunate escalation. El-Rufa’i at least limited his charges against Kano travelers to possible spread of corona virus but Ganduje charges travelers from Kaduna to be suspects in the entire criminal spectrum. El-Rufa’i delivered on his threat and was seen on Sallah Day darting from one state border to another to enforce the travel ban.

This fight between two brotherly states is embarrassingand unnecessary. Kaduna and Kano are the North’s two most important states. One is its political capital and the other is its commercial capital. Their capitals are the two largest cities in the North and among the largest in Nigeria. In normal times, the road, rail, air and pedestrian traffic between the two states is very heavy.Even though there is a government-imposed ban on inter-state travel, the movement of foods, medicines and essential supplies are still allowed. To supply a city the size of Kano, not to mention the rest of the state and the region, hundreds of such vehicles must move every day into Kano State. Kaduna State happens to be the gateway between the entire Northwest region with Abuja and the South. Unless it intends to choke and starve the people of Kano and the Northwest, it cannot adopt such unreasonable measures in the name of fighting corona virus.

Nasiru el-Rufa’i and Abdullahi Ganduje were quarrelling in public even before this episode. A week earlier, they had exchanged spats over repatriation of Almajirai. The Kaduna governor said some almajirai repatriated from Kano tested positive for COVID and Ganduje warned him not to politicise the issue because some Almajirai sent to Kano from Kaduna also tested positive for COVID.

Even though these two men both belong to APC, they clearly have some personal and political differences. They are free to have such differences but they must not use it and cause a friction between two brotherly northern states. The people of Kano and Zaria have a centuries old traditional joking relationship. El-Rufa’i and Ganduje should use that to build relationships, instead of engaging in this worthless quarrel.

0 comments on “El-Rufa’i and Ganduje, stop this quarrel”