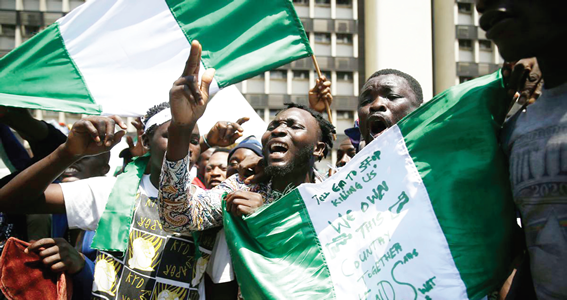 The Judicial Panel of Investigation on Incidences of police brutality and other human rights violations in Akwa Ibom State yesterday received shocking cases of extra-judicial killings by the police as it commenced sitting.

The Akwa Ibom State Government had on October 20, set up a judicial panel to investigate complaints of police brutality, human rights violations, and related extra-judicial killings in the state, as response to the nationwide EndSars protest.

At the inaugural sitting of the panel at High Court 8, Fulga Road on Akpan Akpa Udo Street, Uyo, the state capital, it announced the receipt of 92 cases, mentioned eight and considered two pathetic cases of brutal killing presented by counsels to the victims.

The first case involved the alleged murder of one Alade Jonathan Farojoye, a fisherman and pastor with Deeper Life Bible Church, who was allegedly murdered by the police at Iwoukpom, Ibeno Local Government Area of Alwa Ibom State.

The second case that was considered by the judiciary panel was on the alleged killing of one Mr. Augustine Effiong, a taxi driver by men of the Special Anti-Robbery Squad, otherwise known as SARS.

The late Effiong, as the case revealed, was until his arrest and subsequent death in police custody, plied Uyo- Eket route as taxi driver.

However, the counsels to the victims further revealed that corpses of both Farojoye, who was allegedly killed in September 2017, and Effiong, whose life was also ended in October 2019, were yet to be released to their families for burial, despite several appeals to the police.

A total of eight petitions were mentioned at the inaugural sitting, including petitions from Obong Paul Etim Ekpo, Beautrice Abosede Osaniya and Esara Victor Umoh, among others. Chairman of the Judicial Panel of Investigation, Justice Ifiok Ukana, in his remarks, assured the people that the panel was determined to ensure fair hearing to all parties involved.

The panel, according to Justice Ukana, will make recommendations to the state government and where necessary direct the state Attorney-General and Commissioner for Justice to ensure that those culpable are prosecuted and compensation paid to families of victims.