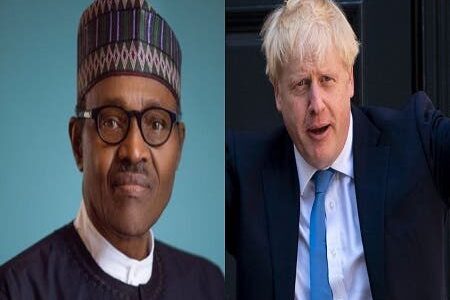 Following the UK Parliament’s move to impose sanctions on some officials over their roles in the violent suppression of the recent #EndSARS protests, the Federal Government has reached out to the British government to present its own side of the story.

Minister of Foreign Affairs, Geoffrey Onyeama, disclosed this to State House correspondents in Abuja on Wednesday at the end of the weekly Federal Executive Council (FEC) meeting.

While affirming that the lawmakers are not responsible for imposing sanctions, the minister however noted that it is necessary to give to the UK government Nigeria’s own position to enable them to have a balanced perspective.

He said: “The UK government has been briefed. There was UK Parliamentarian meeting and UK government, which acts for the United Kingdom, has also heard the side of the (Nigerian) government regarding everything that has happened.

“So, we have been in touch with them and engaging with them. As in every democracy, members of parliament are able to also able to air their view.

“What is important is that balanced picture is made available to them before they take any decision.”

But in its reaction to the move by the UK Parliament, the Peoples Democratic Party (PDP) applauded the resolution by the British parliament to sanctions officials of the Federal Government involved in the violation of human rights, including the shooting and killing of unarmed and peaceful demonstrators in our country.

The PDP however urged the United Nations and other international bodies to immediately list indicted officials of President Muhammadu Buhari’s government for the widespread crime against humanity going on in our country in the last five years.

This was contained in a statement issued by Kola Ologbondiyan, its national publicity secretary, in Abuja on Wednesday where the main opposition party also urged the British Government to extend the proposed sanctions to include the freezing of assets and funds belonging to such officials and their families in the United Kingdom.

The party said: “We also call on other countries, including United States, France, the United Arab Emirates, South Africa among others to impose similar sanctions against indicted officials of the Buhari administration for human rights violations and crime against humanity.

“Such sanctions should also be imposed on officials indicted for undermining our democracy and electoral system.

“The international community must call out President Buhari, as the buck stops on his table, as the commander-in-chief, under whose watch, human rights violations including arbitrary arrests and detention in dehumanizing facilities, widespread extrajudicial killings, sudden disappearances of dissenting voices, disregard to rule of law, disobedience to court orders and foisting of siege mentality on the citizenry, have become the order of the day.

“Indeed, the manifest use of brute force including the deployment of the military with live ammunition, in addition to recruiting of armed thugs to attack and kill innocent Nigerian youths, who were in peaceful demonstration against widespread police brutality and other systemic injustices, underscores the horrible situation in Nigeria under President Buhari as detailed in earlier reports by Amnesty International and US Department of State among other international bodies.

“Is it not frightening that the Buhari Presidency has failed to come clean on who ordered the deployment of troops to Lekki Toll Gate in Lagos, where unarmed demonstrators were shot and killed even while waving our national flag and singing our nation’s anthem?

“Is it not equally frightening that government has also failed to explain how armed thugs were seen being brought in security vans to unleash violence on demonstrators in Abuja and other parts of our country?

“Rather than providing answers to these troubling questions, the Federal Government is desperate to gag Nigerians, muzzle the press, shut down the social media and even threatening the international media including CNN for carrying out an investigative report on the Lekki killing, while its officials continue to make contradicting claims on the matter.

“Moreover, the administration had turned a deaf ear to the demand for an independent National Truth Commission on the killings. Such stance only points to desperation for a huge cover up in the face of demand for answers by Nigerians and the international community.”

The PDP urged the international community not to relent in standing for the Nigerian people at this critical time in the nation’s history, particularly in ensuring respect to the rights of citizens and the sanctity of Nigeria’s electoral system.