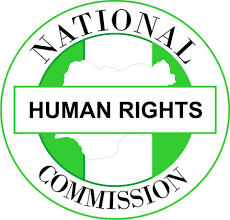 The Independent Investigative Panel (IPP) on human rights violations by the defunct Special Anti-Robbery Squad (SARS) and other Units of the Nigeria Police Force set up by the National Human Rights Commission (NHRC) held its inaugural sitting on Tuesday.

NHRC’s Executive Secretary, Tony Ojukwu, disclosed the panel has extended the two- week window for submission of complaints, since “complaints keep pouring into the commission every day for the panel”,

Ojukwu said the extension was to ensure that Nigerians have unhindered access to services of the panel.

“The closing date for submission of complaints will now be open. It is noteworthy that as of date, the panel has received about 150 complaints of human rights violations against SARS and the police from across FCT and the six geo-political zones,” he said.

At its sitting, the panel heard the petition by an Abuja based Estate Manager, Bello Akubuokwu, who gave details of how he was allegedly shot and abandoned by men of the Nigeria Police Force (NPF) in 2019.

Abubuokwu said the incident occurred on July 22, 2019, the day Police clashed with protesting members of the Islamic Movement of Nigeria, IMN, otherwise known as Shiite sect.

“From Mararaba where I stay, I stopped at the Court of Appeal to connect to Garki through the Police Headquarters. That was in the morning when people were going to work.

“Then I heard a bullet. I didn’t know what was happening but all of a sudden I started feeling pain and blood started gushing out.

“I asked what was happening and was told that Police were shooting at Shiite members.

“I managed and dragged myself with the blood to the police office but they didn’t allow me in. When I was there, they brought a bucket of water that I poured on the wound.

“From there I was advised by passersby to go to the hospital. On getting to Garki hospital, people with bullet wounds were too much and there was no space.

“I was then directed to the National Hospital. When I initially got there, I didn’t see many people with bullet wounds. But before long, police brought more people in a truck that had various bullet wounds.

“It became serious that I could not get bed space again. I was however treated and I left.

“The following day at Mararaba, the left hand where the bullet passed through had swollen up.

“The pain was so much and I could no longer go to the hospital, so I arranged with a private medical practitioner close to my house to be coming to my home to give me treatment.”

Akubuokwu said he was incapacitated for about two months owing to the bullet wound on his left arm.

“I am an estate manager and it was not easy for me to go out to fend for my family. The pain and suffering I went through was so much.

“I could not afford the service of a lawyer then. I was therefore very happy when I heard about this panel, so I decided to bring my case for justice to be done to me.

“I want the panel to please look into my matter for justice to prevail. At least to be compensated for the pain and trauma I passed through”.

Akubuokwu’s lawyer, Frank Tietie, applied for prompt and adequate compensation for the injury his client suffered.

Tietie equally tendered documents in evidence that included medical report from the National Hospital in Abuja, the index card of the victim, prescriptions that were given to him, as well as his medical bill.

He told the 11-man panel his client wants financial compensation to the tune of N25million for the injury, loss of earnings and trauma he passed through.

Upon further questioning by members of the panel, Akubuokwu insisted that the source of the stray bullet that hit him was from men of the NPF.

“After I was hit by the bullet, the closest place I could run to for safety was the Police secondary school close to the Force Headquarters.

“When I got there I met some Mopol, they asked me what happened and I told them that I was hit by a bullet. Though I passed through the gate, the police officers did not allow me into their office.

“Fortunately, from X-ray that was carried out by the National Hospital, I was told that the bullet passed through my arm. It did not lodge into my skin”.

Akubuokwu told the panel that as an Estate Manager and private businessman, he makes over N200, 000 every month.

On whether officials of the National Hospital demanded a Police report before he was treated, the victim answered in the negative.

Meanwhile, the panel adopted all the documents that were annexed to the hand-written petition dated October 26, and marked them as exhibits A to G.

Chairman of the panel, Justice Suleiman Galadima (rtd), subsequently adjourned the case till November 16 for the continuation of hearing and for the Inspector General of Police (IGP), who was listed as the sole respondent in the petition, to enter defence.

The second petition listed for the day filed by Francis Ogbaji against SARS, FCT Command, its former leader, ACP Mantu, State CID FCT, Commissioner of Police FCT Command, and the IGP, was mentioned but adjourned till November 17 for hearing.

The panel directed the petitioner to regularise his papers and ensure that all the Respondents were served.

The police was not represented in the proceedings of Wednesday.