Engr Arthur Eze says: No Igbo Man Can Do What Northerners Have Done For Me 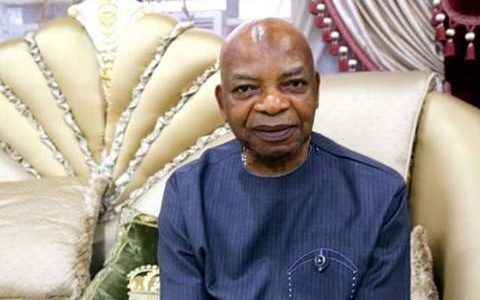 Just recently, police zonal command was inaugurated in your community. We would want you to use this opportunity to clear the air on some rumours that first, it was sited here in order to muscle the opposition to your town and that the governors of the south east shunned attending the event because of some misgivings?

First of all, all the governors attended. The governor of Enugu State sent the Secretary to the State Government. He was there in person. Ebonyi sent, Anambra later sent his security adviser.

About sitting, in Anambra, Dunukofia or Ukpo is in a centralized position. From here to Enugu with the new express road is 20 minutes. From here to Ebonyi is about one hour using the road Buhari built for us. Here is a centralized place. Governor Obiano wanted it to be sited in Aguleri, his hometown. Aguleri and Umueri are fighting war for many years, killing themselves. They are not in good terms. He has never reconciled them. He was talking about where to site zone 13. The most important thing is for him to reconcile Aguleri and Umueri communities. They are still fighting up till today. This is important. If he wants to take Zone 13 let him go and take it. It does not bother me where it is sited. How many years shall I live? Five or 10 years, and I will go. Where you site it does not bother me and doesn’t make sense to me.

We heard the governor almost took it to his town, but you fought to bring it to Ukpo?

The point is that I didn’t even fight. I didn’t have the impression that I was fighting but when I heard that Obiano wrote petition against me, I knew that there was war. I thought that he could have been happy we brought it to the centre. From here to his place is less than seven minutes; from here to Onitsha is seven minutes. I thought that we were working together until I heard that he went to Abuja to spray money. Some people threw him away. The other man told him “take this bag (money) you kept here. I don’t want to take it. I know Prince Eze since over 30 years. I didn’t know him because of money.” So, they are sharing your money everywhere.

In 2023, Ndigbo are saying that they should be allowed to produce the president of this country. As an illustrious Igbo man, what is your position in this project?

I started politics when I was very young. My father was a member Eastern House of Chiefs during the time of Nnamdi Azikiwe and then Premier, Okpara. I used to open doors for politicians whenever they come around. I was very small then. My father never opposed any leader, be him Yoruba or Hausa man. It is not in our blood. We preferred to live in peace with everybody. For the Igbo to be president, they must love themselves. Do you love yourselves?

These South East governors, does any of them ask whether you eat or not? Abacha attended a meeting with General Husseni as chairman. He allocated 5 percent to each local government. The North is implementing their own up till today. Governor of Enugu State is implementing their own. Does Anambra governor implement it? Dunukofia Local Government Area makes about N150 million every month. Has Governor Obiano built anything in Dunukofia? Has he brought any industry in this Anambra? Tell me. Your children, where are they going to go tomorrow? Go to Yoruba land in Ogun, you will see industries. Go to Rivers you’ll see industries. We have no war with anybody. The north is very kind. If you go to Northern Nigerian, you will see Christian churches everywhere. There are Christian churches in Kano, Sokoto, Kaduna, Abuja and others yet they say there is hatred. Do we love ourselves? Provide something for you people, your own children. Very soon we shall die. Your children, where are you going to engage them? Which industry did they build? They didn’t build anyone, even if it one that is producing toilet tissue. That is the problem.

It’s obvious you are in love with northern leaders and they love you too. Are you saying that the 2023 presidency being canvassed by Ndigbo will not work? Again, why are you not going to use your position to make a case for Ndigbo?

Listen, only God can make Igbo man president. We shall pray to God to find an Igbo man who has character to help people. Northern people are kind. I would prefer someone who has conscience; somebody who will remember you. I don’t care where you come from. I went to the north; they didn’t know who I was. Abubakar Rimi gave me $12 million for Kano TV in 1980. I didn’t have N1. He called Governor Lar and he gave me Plateau $12 million. It was the same thing in Katsina, Borno and Kaduna. Then, they put me in oil business. They didn’t care where I came from. Tell me any Igbo man who can do that.

During the time of Jonathan, we had the Secretary to the Government of the Federation (SGF), Pius Anyim. What did he do for Igbo people? He brought Julius Berger and they tarred his own road; the one leading to his house. All our roads were bad. It is President Buhari that is tarring our roads now. Look at Enugu – Onitsha Road, Enugu – Port Harcourt Road, Second Niger Bridge. He went and modernized Zik’s grave. Did Jonathan do that? Jonathan’s people wrote petition against him. His people said that he took their land and built a house. They copied me the petition and I showed it to him. I said look at it, they are your people. You could not even help your people. What do you want the north to do?

By next year, Anambra will be electing another governor for the state and there is this argument over zoning. Where do you stand on this issue?

The point is, if you see a good man, no matter where he is from, go and help them. Let them have the opportunity; provided that there is a good human being from that area; not a criminal that will deal with the people when he acquires power. Any man from the minority who has not gotten that power should be allowed. This is because if you don’t do that, God can change. God can change the situation anytime.

One comment on “Engr Arthur Eze says: No Igbo Man Can Do What Northerners Have Done For Me”

Greedy, selfish, self centered man. Charity begins at home. Come to think of it, in truth this man has not ATTRACTED ANYTHING to ANAMBRA. He is a DESTINY KILLER, He carries the SLAVE MENTALITY.Even with all the monies he throws around his Town , Ukpo remains largely underdeveloped. In real terms the man prefers charity begins ABROAD.He relishes in his so called connections with the feudal FULANI overlords. It is on record that this man in question is a serial business killer. Any business he puts his hand into goes down. Under his watch, TRIAX AIR went down, same for ORIENT BANK. Ditto for PREMIER BREWERIES. This diminutive ape-like man in real terms offers no advantage to the Ukpo man in particular, the Anambra man and the Igbo man in general. Pls let this raccoon hide his tail.