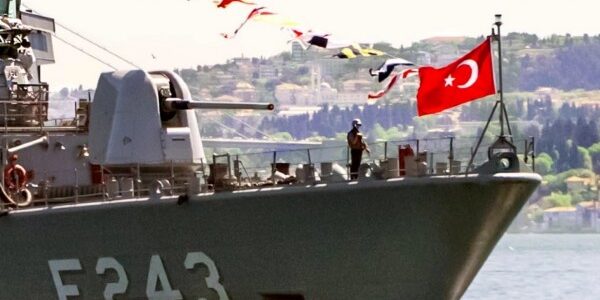 Turkish President Recep Tayyip Erdogan said on Friday that his country does not support plans by Finland and Sweden to join NATO, claiming they are home to “terrorist organizations.”

“We are following the developments regarding Sweden and Finland, but we don’t hold positive views,” Erdogan told reporters at a press conference in Istanbul. “Scandinavian countries are guesthouses for terrorist organizations.”

“They are even members of the parliament in some countries,” Erdogan added, without offering evidence. “It is not possible for us to be in favor.”

His comments came a day after Finland’s leaders said they intended to apply for NATO membership “without delay.”

NATO Secretary-General Jens Stoltenberg had said the Finns would be “warmly welcomed” into the pact. The United States and United Kingdom back the move as well.

Sweden is also expected to announce its decision to join the alliance in the coming days.

For a country to be accepted into NATO, there is a list of minimum requirements. This includes having a functioning democracy, treating minority populations fairly and having the ability to make military contributions to NATO operations.

Preventing NATO’s expansion is one of the reasons Russian President Vladimir Putin launched a military invasion in Ukraine.

The Kremlin responded to Finland’s announcement by saying that its potential NATO membership is “definitely” a threat to Russia.

“As we have said many times before, NATO expansion does not make the world more stable and secure,” Kremlin spokesman Dmitry Peskov said.

“Finland joining NATO is a radical change in the country’s foreign policy,” Russia’s Foreign Ministry added. “Russia will be forced to take retaliatory steps, both of a military-technical and other nature, in order to stop threats to its national security arising.”