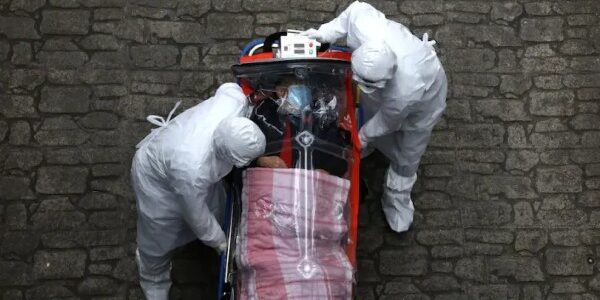 About a year ago, the director general of the World Health Organization asked a group of experts to assess an urgent question: How did we get into this pandemic mess?

On Wednesday, the 13-member group, known as the Independent Panel for Pandemic Preparedness and Response, delivered a lengthy, significant, but ultimately evasive answer.

The panel reconstructs how early-warning systems failed and agencies faltered, giving the virus time to spread from the central Chinese heartland to the rest of the world, humbling empires and killing millions as it went.

The experts conclude that the rules on emerging infectious threats are inadequate, that the WHO could have acted faster and that many governments ignored warnings – with disastrous results. They call for the creation of a new global health threat council, reforms to the WHO, updates to the rules governing emerging health threats and action on vaccine equity.

“The current system failed to protect us from the COVID-19 pandemic. And if we do not act to change it now, it will not protect us from the next pandemic threat,” panel co-chair Ellen Johnson Sirleaf, the former president of Liberia, said in a statement released with the reports.

Although the panel presents what is arguably the most authoritative reconstruction of what happened at a global level, its account often stops short of holding powerful actors to account, undercutting its own findings and raising questions about the feasibility of its calls for reform.

Here is our guide to what the panel says about what happened – and what is left unsaid.

– What happened in Wuhan?

One of the panel’s most notable contributions is tucked away in background materials: an hour-by-hour, day-by-day reconstruction of what happened in Wuhan, China, from December 2019 through January 2020.

Through interviews with officials, a review of WHO documents and a close read of relevant reporting and research, we are reminded, for instance, that Chinese labs started sequencing the new virus before the WHO was even aware that an outbreak was underway.

We see clearly and painfully how potentially lifesaving information emerged on social media and through Chinese-language press reports rather than through official channels designed to identify precisely this kind of threat.

In footnotes to the timeline, the panel cites Washington Post reporting about how officials silenced whistleblowers and encouraged residents to keep attending public events despite risks. It also cites an Associated Press series that suggested China’s top leaders, including President Xi Jinping, were involved in the response.

But the main report, for the most part, does not dwell on the reasons for the “delay, hesitation and denial” it identifies. It does not consider which officials are to blame, nor does it address in detail how its proposed reforms would get around obfuscation the next time around. A news release for the panel does not use the word “China” at all.

“The intention of the Panel in examining in detail the steps taken to respond to COVID-19 is not to assign blame,” the panel writes, “but rather to understand what took place and what, if anything, could be done differently if similar circumstances arise again.”

– Evaluating the WHO response:

Though the panel treads carefully on the topic of China, it takes a slightly more confident stance evaluating the WHO, spotlighting shortcomings but stopping short of calling out specific leaders.

The panel paints a picture of an agency that tried to act quickly but was constrained by an outdated set of rules known as the International Health Regulations, or IHR, for the most part arguing that the agency’s hands were tied, rather than dissecting what it could have done better.

“In this pandemic, the efforts of its leadership and staff have been unstinting but structural problems have been exposed,” the report says.

On two key issues in particular – the WHO’s early guidance on human-to-human transmission and the delay in declaring an emergency – the panel identifies deficiencies but declines to name names.

In the early days of the outbreak, the WHO uncritically amplified false Chinese claims about how the virus was transmitted. Addressing this, the panel reiterates the WHO’s defense – that it did allow for the “possibility” of human-to-human transmission – noting that the agency “could also have told countries that they should take the precaution of assuming that human-to-human transmission was occurring.”

In another section, the panelists note that the WHO’s emergency committee met in the third week of January to debate declaring a Public Health Emergency of International Concern, or PHEIC, the public health equivalent of fire alarm, but they do not offer new insight into why the committee declined to act at that pivotal moment.

“The time it took from the reporting of a cluster of cases of pneumonia of unknown origin in mid-late December 2019 to a Public Health Emergency of International Concern being declared was too long,” one summary concludes, adding little else.

– Preventing the next pandemic:

The panel makes a number of what it describes as “bold” recommendations for the future, proposing updates to early-warning systems and greater power for the WHO. It also urges wealthy countries to do more, immediately, to close the vaccine gap.

Though many of the recommendations make good sense, the panelists scarcely engage with how these measures might come about, particularly at a time when, as they stress, multilateralism is under attack and faith in institutions remains low.

It remains unclear, for instance, whether member states, including China, would consider giving the WHO more power to investigate during times of crisis. The fact that it took a WHO-convened team of scientists a year to get access to key sites in Wuhan suggests it would be a hard sell.

On the question of the WHO’s role, the panel implies the agency is severely under-resourced but also charges it with leading a more robust response through the months and years ahead. A key question not addressed is whether member states will want to give more power and money to an agency whose reputation has taken a hit.

Lastly, while the panel points to the need for urgent action on vaccine access, it does not call on any specific country to act.