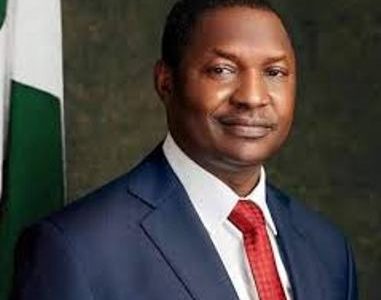 The Attorney-General of the Federation and Minister of Justice, Abubakarile Malami, made this known in Abuja, while declaring open a Virtual Interactive Session, organised by the Presidential Committee on Correctional Service Reform and Decongestion in collaboration with the Federal Ministry of Justice.

Malami said the pilot document would be extended to other States of the Federation, especially those States that have enacted the Administration of Criminal Justice Law.

“To set out the appropriate standards and guideline for the sentencing process in offence against the state, person, public order, morality, homicide, property and corruption related offence, for the purpose of ensuring reasonable uniformity and fairness in sentencing in the FCT.

“To set out the requirements and procedure for imposing custodial and non-custodial sentences for the purpose of preventing abuse and ensuring reasonable uniformity and fairness in the imposition of sentences.

“Also to ensure that congestion in prisons is reduced to the barest minimum through the use of non-custodial sentences in line with section 470(2)(c) of the Administration of Criminal Justice Act, 2015 (hereinafter referred to as ‘ACJA’) and section 2(1)(b) of the Nigerian Correctional Service Act, 2019”.

“I have read the draft Consolidated Sentencing Guidelines and I believe that it has taken into consideration all the factors enumerated under sections 311, 313, 316, 317 and 401 of the ACJA, 2015 especially the objectives of sentencing.

“(This) include the principles of reformation and deterrence, the interest of the victim, the convict and the community; the appropriateness of non – custodial sentence or treatment in lieu of imprisonment; and previous conviction of the convict”.

Speaking earlier, the Chairman of the Presidential Committee, Justice Ishaq Bello, said the introduction of non-custodial sentences such as probation, community service, restitution, compensation and suspended sentence by the ACJA 2015, was one of the main innovations of the new Act.

Bello, who is also the Chief Judge of the FCT High Court, is aimed at addressing the problem of congestion of correctional facilities in Nigeria.

He added that subsequent review of the FCT Courts Sentencing and Guidelines Practice Direction, 2016, revealed that there is inadequate provisions on the circumstances when non-custodial sentence can or cannot be imposed.

He said that there is also ambiguity as to whether the discretion on non-custodial sentence should be confined to the provisions of the ACJA and the Sentencing guidelines.