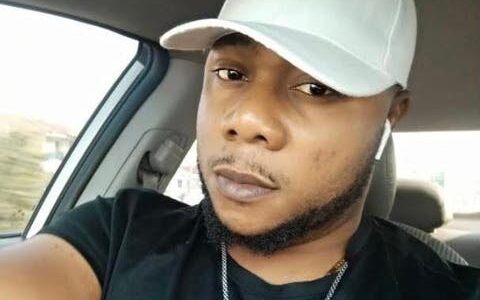 Distraught wife of Titus Badejo, the radio presenter who was shot dead in Ibadan on Saturday, Adebisi, has urged Oyo State governor, Mr Seyi Makinde and the Commissioner of Police in the state, Mrs Ngozi Onadeko to ensure killers of her husband are arrested and made to face justice.

Adebisi who betrayed emotions on Monday when members of Nigeria Union of Journalists (NUJ) in Oyo State led by the Chairman, Comrade Ademola Babalola paid a condolence visit to the Fele, Olorunsogo family house of the deceased begged relevant authorities not to allow her husband’s death to be in vain.

Tribune Online reports that Badejo, a father of three popularly known as Eja Nla by his admirers was shot dead at the frontage of Club 407 in Oluyole Ibadan.

“Such person should face justice. Government should get them arrested and prosecute them because he was killed when he started making his fortune. This is the time we should be enjoying his sweat. He must not die in vain. They should for God sake get his killers. He sold his car to execute a project in Ogbomosho and he promised to buy another car for me and my children. He promised me many things but they didn’t allow him to fulfil any of the promises.

“Government and individuals can do anything for his children to support their education and also complete his site, so as for us to move into the house.”

“The project was a concert. He was still struggling to get some sponsors for his concert in Ibadan but they didn’t allow him to do it.”

Speaking earlier, the chairman of NUJ in Oyo prayed for the family of the deceased, saying journalists in the state have given the state government three days to arrest the killers of Badejo.

He said: “We are here to condole the family of one of us who was killed on Saturday. We feel your pains and we pray that such a thing won’t happen again. The handsome man was killed at his prime when he supposed to care for his children.

“We have issued a statement to tell the government of the state and the commissioner of police to arrest those who killed him and they must be prosecuted. If nothing is done in the next two weeks, we shall take a step further. We will ensure justice is done,” Babalola assured.