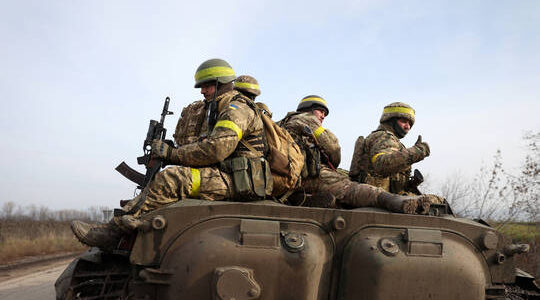 A group of military volunteers from Georgia has been surrounded near the town of Bakhmut in Donetsk Oblast during the last few days; as a result, a Georgian commander was wounded, and five soldiers were killed.

Details: According to him, those killed soldiers have served in the 57th Brigade since March 2022, when they arrived from Georgia to Ukraine.

Quote: “The commander is wounded. The rest of the guys together with our Ukrainian brothers are surrounded. The struggle to bring out the survivors and bring out the bodies of our dead continues,” Parulava said.

PHOTO: Embassy of Ukraine in Georgia

On 3 December, President of Georgia Salome Zourabichvili expressed condolences over the death of the volunteers.

Quote: “In these dark moments, I express my condolences to the families, friends and relatives of all Georgian soldiers who died in Ukraine,” Zourabichvili wrote on Facebook.

Details: According to the Georgian news outlet Novosti-Georgia, up to 1,500 Georgian soldiers are now fighting on the side of Ukraine. Some of them lived in Ukraine before the invasion, others came there as volunteers after the war started.

On 18 March, the first Georgian volunteer was killed in Ukraine. As of 4 December, 33 Georgians were killed in action on the side of the Armed Forces of Ukraine.