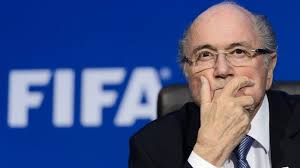 Former FIFA president Sepp Blatter has been taken to hospital, a Swiss newspaper said Thursday, but media insisted the disgraced official’s life was not in danger.

“My father is in hospital. He’s getting better every day. But he needs time and rest,” his daughter Corinne Blatter Andenmatten was quoted as saying by Blick, which said the 84-year-old was in a serious but non-life-threatening condition.

“On behalf of my family, I ask for privacy,” his daughter said.

Blatter was removed from office in 2015 after 17 years at the head of world football’s governing body.

He was suspended from football for six years over a two million Swiss franc payment to then UEFA boss Michel Platini in 2011.

Blatter and Platini are now being investigated for alleged “fraud” and “breach of trust” in Switzerland, a source with access to the probe said in November.