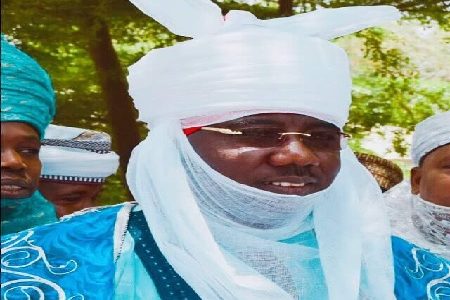 Sarkin Fulani of Lagos and Chairman, Association of Fulani Chiefs in South-West Nigeria, Alhaji (Dr) Mohammed Bambado, on Monday, disassociated the tribe from the claim by one Bello Abdullahi Bodejo, that the whole of Nigeria belongs only to the Fulani tribe.

The Sarkin Fulani said this in reaction to the claim, declaring that Bodejo spoke for himself alone and never represented the view and belief of the Fulani “as we believe that the country belongs to all of us.”

It would be recalled that Bodejo, who claimed to be the National President of Miyetti Allah Kautal Hore, a few days ago claiming that the country belonged to the Fulani, vowing that the tribe would rule it forever, a claim that has since unsettled the country.

Bodejo also hinted that his group was resolved to set up a 5,000 to 10,000 strong security personnel to be distributed across the country to safeguard the interest of the Fulani across the nation.

Speaking in a statement made available to newsmen in Lagos, Dr Bambado argued that no true Fulani man in Nigeria, being law-abiding citizens who wants peace, love and tranquillity to reign at all time, would engage in any divisive conduct capable of setting the country on fire.

According to him, Bodejo, who claimed to be the National President of Miyetti Allah Kautal Hore, was not speaking on behalf of Fulani and, therefore, should be ignored, urging Nigerians to go about their normal businesses and daily activities in a peaceful atmosphere as they were used to doing.

“We are all law-abiding citizens of this country, who want peace, love and tranquillity to reign at all time.

“The man is not speaking for us, he is not speaking on our behalf and so, we disassociate ourselves from his controversial and untenable claim. You should Ignore the bogus claim and go about your normal businesses and daily activities in a peaceful atmosphere we are used to,” he said.

The Sarkin Fulani, therefore, equally urged the people to be vigilant and be wary of some characters whose conducts and utterances could cause chaos, saying the current situation called for maximum cooperation with President Muhamadu Buhari’s administration in its onerous task of moving the country to the next level.

“The current situation calls for maximum cooperation with Muhamadu Buhari’s administration in its onerous task of moving the country to the next level of an enviable world standard,” he said.