GBAJABIAMILA AND THE 1999 CONSTITUTION 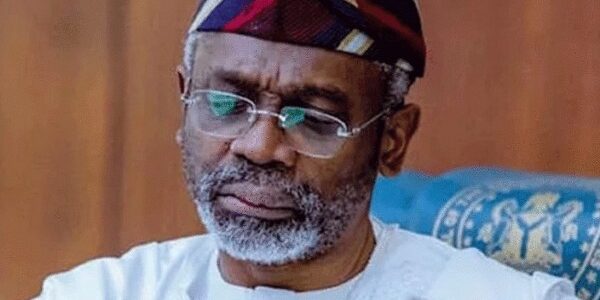 Femi Gbajabiamila is of the view that the constitution falls short of standard, writes Justice Ayomide

The constitution of any nation is the most important document and overriding instrument for administering state affairs and other matters.

It is called the grundnorm, as propounded by Hans Kelsen, a renowned jurist and legal philosopher. Kelson’s theory of grundnorm espouses a need for a system that gives legitimacy to all other bodies of laws.

The 1999 Nigerian Constitution has been a controversial document since the beginning of the current political dispensation. Lawyers, political activists and pro-democracy agitators who fought the military jackboot to its knees rejected the document as lacking in legitimacy.

They argued that it was a document forced on the nation by the military top command stressing that it didn’t emanate from the people as claimed in the preamble of the 1999 Constitution.

Agitations grew as the inadequacies of the constitution became pronounced in the face of a myriad of infrastructural, social, economic and political challenges. States and other minority interests want the over-powerful central government to shed its weight and devolve power to federating units.

The proponents are quick to cite glorious days of the regions where regions had healthy competitions of outsmarting themselves in development because the central was less powerful. The resources served the people and their needs and fractions of revenues from regions were remitted to the government at the centre.

As if a fresh constitution can overnight transform Nigeria into a state of El dorado, the campaigners hang every trouble with the country with the ‘’faulty constitution’’.

From protracted insecurity to excruciating poverty, a new constitution that will genuinely reflect the yearnings and aspirations of various ethnic groups and interests in Nigeria is considered as the silver bullet.

The agitations and concerns have led to a number of amendments both minor and major like the ongoing review exercise organized by the ninth National Assembly.

For reasons not hidden, the political class speaks tongue in cheek whilst appraising the 1999 constitution just to be politically correct and not ruffle feathers. But not the ever vibrant and cerebral Speaker of the House of Representatives, Rt Hon. Femi Gbajabiamila.

Gbajabiamila, a lawyer trained in the best democratic clime, openly admitted that the nation’s constitution severely falls short of standards. He was unapologetic in his verdict and did not sugar-coat the deficiencies.

The Speaker’s charity began at home. He is not a leader that will be vocal abroad and acts dumb at home. Gbajabiamila publicly declared his verdict in Lagos last Tuesday at the public hearing organised by the House’ Special Committee on the Review of the Constitution.

Gbajabiamila said, “A nation’s constitution is the foundation of its existence. It is supposed to set the terms of our nationhood and define who we are in a manner that reflects both our common truths and highest aspirations.

“Our constitution falls short of this standard because the 1999 Constitution is the product of a hurried national compromise that we entered into two decades ago in order to ensure that the military returned to the barracks and that we returned to democratic government.

“It was always the intention that we will one day as one people and one nation, return to amend this document so that it gives voice to the yearnings of the Nigerian people and sets out in clear details how we intend to achieve the shared ambitions of our nationhood. Providence has cast upon the ninth National Assembly the responsibility to write such a constitution for the Nigerian people.

“The foundational constitution of the United States of America deemed people of colour to be ‘less than’ and denied women the right to vote. It did not include any limits on the President’s term of office and allowed for citizens to be denied the right to vote for failure to pay the ‘poll tax’.

“Twenty-seven reviews and amendments, over one hundred years cured these and other defects. No nation in the world has a perfect constitution, but we need a near perfect constitution in Nigeria and we can achieve that through substantive amendments that significantly alter the character of our nation.

“We will not be able to deliver on this historic assignment if we restrict ourselves to tinkering around the edges of the constitution or by imposing upon ourselves artificial redlines that restrict honest conversation.

“We will have failed in our mandate if the constitution that emerges from this process continues to look to our past rather than reflect our present and speak to our future. We have an opportunity for renewal, and we must seize it, or face the harsh judgment of history.

“Through this constitutional review process, we have it in our power to restructure our government to make it more effective, reorganise our politics to make it more inclusive, enshrine efficient mechanisms for holding the institutions of state to account and put an end to the debilitating conflicts that even now continue to tear our nation apart.

“We will do what is necessary to achieve these outcomes because all of us in the House of Representatives recognise that this moment in our history is fraught with promise and peril, and the future of our country lies in our hands.”

The informed views of the Speaker underlined the major demands of the people as reflected in the memoranda presented at various venues of the public hearing nationwide.

Many political watchers and other Nigerians who had earlier discountenanced the exercise as a mere jamboree are having confidence in the process following the submission of Hon. Gbajabiamila. They see sincerity of purpose and deep understanding of the deficiencies inherent in the constitution.

Rather than quitting the space for less informed Nigerians to dominate the process, Gbajabiamila’s open stance on the constitution and the exercise renewed their hope of getting a constitution that will truly reflect the yearnings and aspirations of the people.

0 comments on “GBAJABIAMILA AND THE 1999 CONSTITUTION”