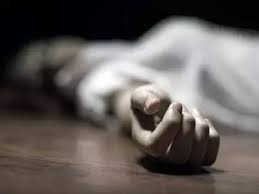 …As Boyfriend Is Hospitalised

Daily Independent gathered that the Yahoo boy was hospitalized after the marathon sex, having consumed Tramadol to enhance the sex game, at Strong Tower Hostel behind Platinum hotel, Abraka.

It was learnt that Sarah was confirmed dead at the Government Hospital, Abraka where she was rushed to for medication.

Our source, Mr. Enoch Akila, a security guard at the hotel, said he was at the duty post, when he heard one of the occupants of the hotel raise an alarm, he forced the door open and saw the lifeless body of Sarah, while Obotowane was wriggling in pain on the floor.

He revealed that Obotowane was unconscious before he was rushed to the Specialist Hospital in Eku for medical help.

It was also learnt that a sachet of tramadol and an empty sachet of the drugs were found on the floor of Obotowane’s room.

At the time of filing this report, the corpse of Sarah had been deposited in a morgue in the hospital in Abraka, for an autopsy to be carried out to ascertain the cause of her death.

0 comments on “Girl Dies During Sex Romp In Delta Community”