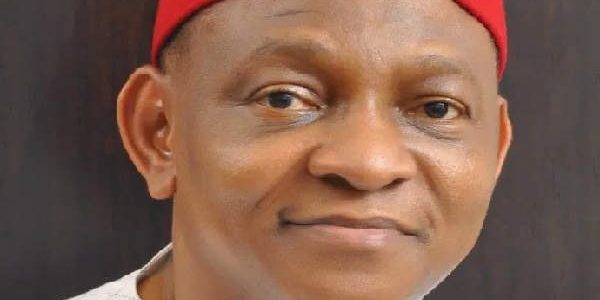 The Human Rights Initiative, a civil society organisation, has condemned what it described as unwarranted attacks on Obinna Uzoh, senatorial candidate of the Peoples Democratic Party (PDP) in Anambra State, for challenging the election of Senator Ifeanyi Ubah in court.

The group said malicious, fabricated and libelous reports and articles against Uzoh have been planted in the media to divert public attention from a petition by a judge against Senator Ubah over his conduct regarding a suit on his election.

In a statement by Stephen Ngoa, the group said apart from the fact that the committee’s report on which the libelious reports were based did not mention Dr.

Uzoh’s name, a petition by Chief Judge of the High Court of FCT l, Abuja reporting that the case file was taken outside the court premises, has not been addressed.

It said when the case file was taken away by those who lost the case at Federal High Court, FCT, Kubwa, in the pretext that they wanted to make photocopies, the registrar was harassed and threatened, adding that the documents were also tampered with.

“The Chief Registrar admitted that the police wanted to detain the registrar but for his intervention. The judge went on to say that the case was assigned to him by the Hon Chief Judge and that he presided over it from beginning to finish. The judge further stated that for the police to get into the matter, there is a sinister motive,” the group said.

The Human Right Initiative wondered how a Committee headed by the Deputy Chief Registrar would invite Senator Ubah, Assistant Commissioner of Police, Young Progressives Party and court officials only during its sitting without hearing from the people who filed the case.

The group said: “Ifeanyi Patrick Ubah, who was represented by his counsel, briefed the committee on their complaint. The committee sat between 10th to 12th March. At the end of the committee’s sitting which lasted for only three (3) days, from 10th to 12th March, 2020, it submitted its findings and recommendations to the FCT Chief Judge. Ifeanyi Ubah has already published the recommendations even when the Hon Chief Judge is yet to act on it.

“It is noteworthy that both before and during the committee’s sitting and investigation, the names of the Applicant of the case nor Dr. Obinna Uzoh who later joined in the case was never mentioned, neither was he queried nor invited by the panel. This is further confirmed by the Committee’s report (copy of which is in the public domain courtesy of Ubah) which did not mention Dr Obinna Uzoh’s name.”

The group said since Uzoh was nor invited by the committee or indicted in the report, “from which source did Ifeanyi Patrick Ubah and his co-travelers generate the false information they are dishing out to the public?

“It therefore baffles the mind how and where Ifeanyi Patrick Ubah and his cohorts came about the falsehood they are peddling about Dr. Obinna Uzoh and the motive behind such deceptive information. Why is it that rather than face the numerous challenges confronting him, Ifeanyi Patrick Ubah is unrelenting in efforts to tarnish the Image and reputation of lawyer, entrepreneur, philanthropist and gentleman of repute Dr Obinna Uzoh?”