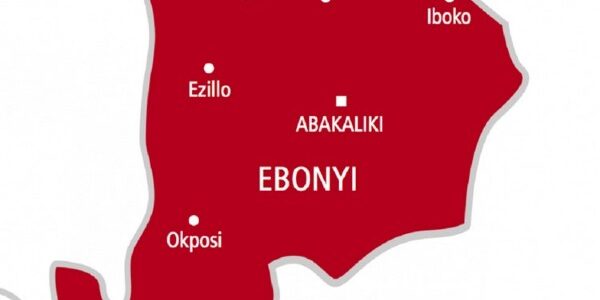 At least, one policeman was feared killed by gunmen who raided Onueke community in the Ezza South Local Government Area of Ebonyi State, on Tuesday.

Also, no fewer than three civilians were reportedly shot and dispossessed of their valuables by the rampaging gunmen who stormed the busy Onueke town at about 3.15pm, on Tuesday.

The policeman, who was killed, PUNCH Metro gathered, alongside his colleagues, were trying to repel the hoodlums who held the town hostage for more than an hour, but was unluckily shot dead by the hoodlums.

The gunmen were said to have first attacked a residence of a native doctor identified as Azuoba, near the ongoing airport project of Ebonyi state government, where they allegedly damaged vehicles and other property in his compound.

Thereafter, they trailed another person to a new generation bank at Onueke and shot him.

The victim whose name could not be ascertained as of the time of filing this report, was said to have gone to the bank to cash money he sold a piece of land when the attackers tracked him down.