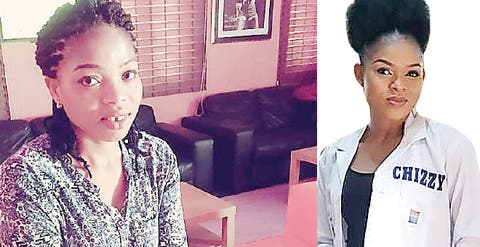 Mrs Kate Chinweudo is the elder sister of the late Chizoba Agu, a 27-year-old graduate of Biochemistry from the Udenu Local Government Area of Enugu State, who reportedly died while participating in the recent #EndSARS protest which turned violent at the Lekki tollgate in Lagos. She tells ALEXANDER OKERE why the bereaved family is demanding justice for the deceased

What is your relationship with the deceased, Chizoba Agu?

My name is Mrs Agu Kate Chinweudo. I am Agu Chizoba Francisca’s elder sister. She graduated in 2019 from the Federal Polytechnic, Oko, Anambra State, and was preparing for the mandatory one-year National Youth Service Corps programme. But, unfortunately, she is dead. She studied Biochemistry.

When did you learn about her death?

How did it happen?

I reside in Ota, Ogun State, with my husband, so my mother called me on the phone and told me that my younger sister had an accident. I wondered what had happened. I called her (Francisca’s) number but it was another person who answered the call. The person said my sister had an accident at the Lekki tollgate. The person said that the protesters were taking part in the #EndSARS protest when a car knocked her down and sped off. I asked where she was taken to and was told that she was taken to a hospital at Lekki Phase 1, but I couldn’t go there on that day due to the curfew imposed by the Lagos State Government. But the following day, I took the risk with my husband and we went to Lagoon Hospital, where she was admitted after she was rejected by five different hospitals. At the Lagoon Hospital, we saw her but she was in a coma. She died on November 1, 2020. Around 3pm, we were told that she was dead.

Did any doctor at the hospital tell you anything about her death?

One of the consultants told us that she had a brain injury. I asked if she could undergo a brain surgery but they said no. They said she didn’t need that because she needed to be awake before she could undergo a brain surgery, if need be. Along the line, they said she developed acute kidney failure. I was shocked because she didn’t have any kidney problem. She even underwent dialysis before she died.

Were you aware that your younger sister was in Lagos as of that time?

Were you aware that she joined the demonstration on October 20?

Did she tell you why she decided to join the #EndSARS protest?

It was because Nigeria is not good, so she needed to do what was right. Unfortunately, it was something that led her to an early grave because she was a young woman.

Did the person who informed you that she had an accident identify themselves?

It was a woman that called me. She said she was a passerby and that people were many at the protest ground. The lady even told me that they had to trek to the hospital because the vehicle they took was overloaded with passengers. She said my late sister received first aid before Lagoon Hospital admitted her.

Apart from the injuries the doctor told you she had, what other injuries did you observe when you saw your sister at the hospital?

I asked them whether there was any other part of her body affected and they said no. Later, they told me that my sister developed kidney failure. It was the head injury that affected her brain. The doctor didn’t tell me she had any gunshot injury. But she had small fractures in her leg and hands.

When you arrived at the hospital on the first day, was there any other eyewitness who explained to you how the accident happened?

No. I did not see anyone.

Did you eventually see the person who called you when you got to the hospital?

No, I didn’t see her but I have her number.

What can you say about your late sister’s personality?

She hated injustice. She knew her rights. My sister was a good person. She was the kind of person that did not look for trouble; even her friends can attest to that. My sister died in the struggle for a better country. She wanted a better Nigeria. There was a photo showing her carrying a placard with the inscription, ‘#Bubu has been a bad boy.’

Can you recall the last discussion you had with her?

My last conversation with her was about taking her to Super at Ile Epo to buy clothes. She also planned to go to her school for her clearance once the school was reopened.

Did she tell you her thoughts about the state of the country?

We had been discussing it even before the protests started. You and I know that the country is not in the right state. That was what motivated her to join the protest and if she had the opportunity, she would still do the same. She complained a lot about things not working in the country; she said that if she had her way, she would travel out of the country.

What were her aspirations?

She had a big dream. She had her own skincare line before she died. She told me that she would like to travel out of the country to further her education.

Has your family been contacted by the Lagos State Government or some of the prominent persons who took part in the demonstration?

No. There was a day I went to the hospital and the Lagos State Commissioner for Health (Dr Akin Abayomi) came but the hospital did not allow us to meet him.

What does your family believe is responsible for your sister’s death?

Do you suspect any other thing?

Honestly, I don’t know. Only God knows. When my husband told the consultant to give him a report of Chizoba’s condition, they refused, saying we were not medical doctors and not supposed to ask for that and would not know what was written there. I think that wasn’t proper.

Does your family intend to call for an autopsy to find out the true cause of her death?

My dad died 22 years ago; he was an immigration officer before he died and my mother is a petty trader. So, she was traumatised. We didn’t even let her know that my sister had died. It was the day she was buried – November 4 –that we informed our mother. We don’t have the resources to do an autopsy. My mother is not in the right state of mind currently because she didn’t see it coming. Before my sister travelled to Lagos, she was in the village with my mother. She told my mother she wanted to go to Lagos to buy clothes so that she could sell them in the South-East. But her daughter’s body was brought home instead. So, that alone can make one to be traumatised. She is still in shock. We would like the Lagos State Government to intervene by investigating the cause of my sister’s death. There is nothing it can do to bring her life back but I want justice. I want to know what led to my sister’s death.