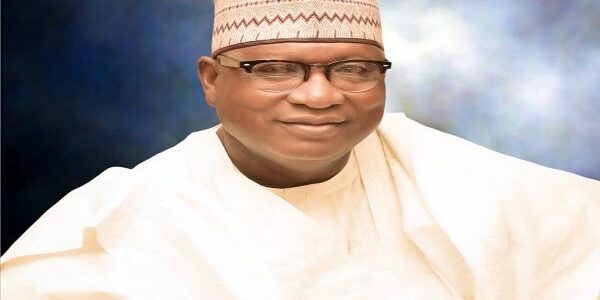 Fresh facts have emerged on how the Nasarawa State Chairman of the All Progressives Congress (APC), Philip Schekwo, was kidnapped and killed by gunmen at the weekend.

Schekwo was said to have perceived danger and made several calls to security agencies without success.

One of the sources, Joseph Gudu said the gunmen used diggers  to break a door in the house before whisking Schekwo away.

Gudu said: “His wife, children and the chairman himself made several calls to security agencies in the state but nobody responded.

“The operation lasted about 49 minutes before the gunmen entered the bedroom of the chairman after disarming his security guard. They took him away and killed him just a metre away from his house. They hung his car key close to his lifeless body.”

Governor Abdullahi Sule, Senator Umaru Tanko Al-Makura, the national APC, House of Assembly Speaker  Abdullahi Ibrahim, and other top government officials  condemned the killing   and called for the arrest of the perpetrators.

Others who condemned the killing were the Ondo and Ogun state chapters of the ruling party.

The police chief said the circumstance of  the APC chairman’s death showed that it was not all about kidnapping but assassination.

He said: “From what we have seen since yesterday and the intensity of bullet marked on the wall of the house and the forceful gaining of entrance into the house proved that it was much more than kidnapping.

“And where we found his body, near his house, normally when kidnapping is carried out, it is for profit-making. But this has shown that within a twinkle of an eye, the man was killed, no demand was made whatsoever.

Governor Sule said he received the news of the  death of the chairman with great shock and bewilderment.

A statement by his Chief Press Secretary, Ibrahim Addra, reads: “I am personally traumatised by this gruesome and inhuman act that has left me, Mr. Shekwo’s family members, the APC family and indeed all well-meaning people shattered.

“My prayers and thoughts go to the family of the late Shekwo. He was a great husband, a statesman, peaceful gentleman and loyal party man.”

APC, in a statement by its Deputy National Publicity Secretary, Yekini Nabena, challenged security agencies to arrest the killers.

It condoled with Governor Sule, the Shekwo family, the state APC and the people of the state over the loss.

The party said: “APC condoles with the late Shekwo’s immediate family, the Governor of Nasarawa State, Abdullahi Sule, the State Working Committee and our supporters and members over this shocking killing. We pray the Almighty God grants all that grieves the strength to bear this loss and grant the late Shekwo eternal rest.

“We urge a thorough investigation by the police and another relevant security service to quickly fish out the sponsors and perpetrators of this evil, heinous and barbaric crime and be made to face the full weight of the law.”

0 comments on “How Nasarawa APC chairman was abducted, killed”