How Nigeria Can Get Out Of Insecurity, Banditry, Kidnapping ― Obasanjo 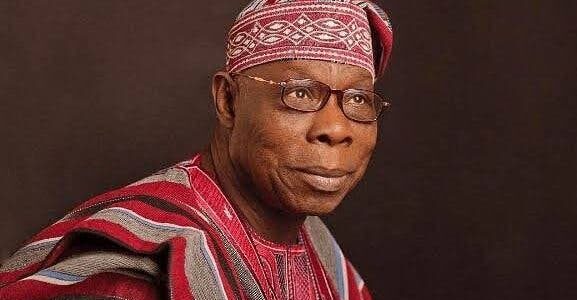 Former President, Olusegun Obasanjo has identified sustained quality training and education of all Nigerian children as critical, if the nation is to end the cycle of insecurity, banditry, terrorism, kidnapping and other forms of criminalities.

Obasanjo who identified this imperative during his remarks at the commissioning of the Professor Abayomi Oluwatosin Jiboku Building and Entrepreneurship Centre in Lariken International College, Ibadan, on Friday, stressed that there was no substitute to quality education as a lasting solution to the nation’s challenges.

Speaking, Obasanjo warned that the nation will continue to suffer the consequences if it does not due give attention to getting the best out of Nigerians through the provision of a conducive environment for quality education.

“If we are going to get out of insecurity, banditry, Boko Haram, kidnapping and other criminalities, we will have a long gestation period of training and educating all Nigerian children.

Aside from the imperativeness of quality education, Obasanjo also said the Nigerian society also faced problems due to the kind of values now cherished.

In particular, he bemoaned that the amount of money, cars, houses possessed by individuals had become the most cherished value in today’s world.

He decried that the hitherto cherished values of truthfulness, integrity, truth, industry, honour and hard work had become downplayed for money-making.

Obasanjo said, “One of the ways we have problems in our society today is what values we cherish. Money making is the value now pervasive.

“In Yoruba land, money-making is not one of the values that we take to. Omoluabi, truthfulness, integrity, truth, industry and hard work were our values. Where have they gone? Why have we put them aside and all we are striving for is money? Where is honour in our values?

“Nowadays, anyone who has money can buy anything but not with me. If you have money, you cannot buy my conscience and support for anything. In any case, if you have all the money in the world, of what purpose will it be?

Giving his remarks, Director, Lariken International College, Mr Idowu Jiboku noted that schools must embrace the fact that education has gone beyond memorization of facts and figures only, but must include the teaching of life skills that promote innovative and entrepreneurial reasoning.

He prayed that the nation’s education system will return to the days of yore where schools are a combined home of knowledge, letters and skills.

For the nation to record progress, he noted the need for Nigerians to render selfless contributions in their own spheres of influence.

In his own remarks, Oyo state Commissioner of Education, Science and Technology, Mr Olasunkanmi Olaleye called on residents to support the state government in its efforts to bring about growth in the education sector.

0 comments on “How Nigeria Can Get Out Of Insecurity, Banditry, Kidnapping ― Obasanjo”