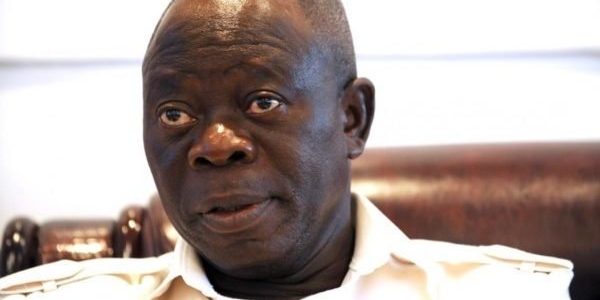 The suspended National Chairman of the All Progressives Congress (APC), Adams Oshiomhole, said he has accepted the judgment of the Court of Appeal which affirmed his suspension, in good fate.

The embattled APC leader, who spoke during a television programme monitored in Lagos, yesterday, also said he was consulting with his legal team on his next line of action.

“I’m a product of judiciary. I always tell people that if I’m not a convict today, it is courtesy of a courageous bench and a resourceful bar. All my life has been a life of struggle. People have always oppressed me, harassed me and the court has always come to my aid. Even my being a governor was courtesy of court.’

“So yesterday’s (Tuesday) judgement, I accept it in good fate and my lawyers will advice, having studied the judgment, what next line of action. So,  at this point, I just thank the Lordship for their judgment and look forward to my lawyers advising me.’’

Asked what his next line of action would be, he replied: “iIt’s between me and my lawyers. It is not something to be discussed in the media.  It is an issue between a lawyer and his client and I think we should leave it at that.’’

On claim of the APC Deputy National Secretary, Victor Giadom that he had assumed office as the acting  national chairman, Oshiomhole said: “My advice to my brother, Victor, is is about common sens…that if the chairman is absent, it is the deputy chairman that will take over.  In the absence of the deputy, it is the vice. How does the deputy secretary come in,’’he asked rhetorically.

He urged members not to use any externality to destabilise the party.