I saw Maryam Babangida once in my life, I never had affair with her, says Bongos Ikwue 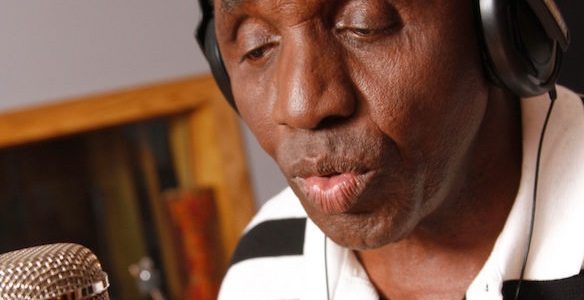 Veteran musician, Bongos Ikwue, who is famous for his hit evergreen songs, ‘Still Searching’ and ‘Cock Crow at Dawn’ on Wednesday, denied ever having an affair with the wife of former military President Ibrahim Babangida, late Maryam Babangida, saying he saw her once in her lifetime.

Speaking on a Channels Television programme on Wednesday, Bongos Ikwue, who is now 76, said contrary to speculations in many circles that he dated and even married Maryam Babangida before the woman eventually abandoned him to marry General Babangida, nothing like that happened, saying he only met the woman once.

According to him, “I am always amused when people said I sang the song ‘Mariama’ due to my relationship with Maryam (Babangida). It is a false speculation. I wrote the song without anyone in mind. I only saw Mrs Maryam Babangida once in her lifetime. I never dated her not to talk of marrying her. I don’t know where those who were behing it got that from.”

According to Bongos Ikwue, he was able to meet Mrs Maryam Babangida when he was invited by the former president to perform at an important function in Abuja.

He added that though he felt uneasy over the report of his non-existent marriage to the woman which he said he heard many times, but after he performed at the event, the former president and his wife exchanged pleasantries with him. He added that this was the first time he ever saw Mrs Babangida.

On his evergreen songs, including Cock Crow At Dawn, Mariama, Still Searching, Amen, among others, Ikwe, who is from Otukpo, Benue State, said he was paid handsomely by the Nigerian Television Authority (NTA) for singing the theme song of the Cock Crow At Dawn, a soap opera of the television station in the 80s.

He added that he was still smiling to the bank over royalty of the other songs, but added that he no longer sings at occasions due to an undisclosed ailment he suffered from recently.

One comment on “I saw Maryam Babangida once in my life, I never had affair with her, says Bongos Ikwue”

Thanks for this. Before today, I had thought that the rumor was true. It’s dangerous to lie against the dead but, how I wished that you had done this while she lived.
Dr AZIKIWE CCA-