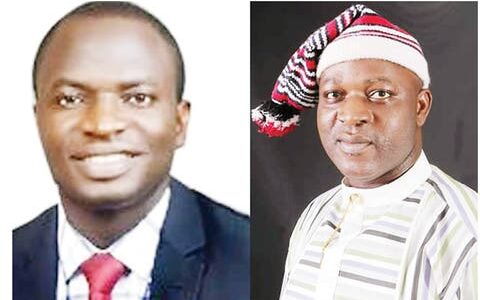 NARD says Governor Okezie Ikpeazu, a former lecturer according to his Wiki citation, had asked the doctors to forfeit the 16-month salary arrears for him to start implementing the new minimum wage for doctors in the state.

The Publicity Secretary of NARD, Dr. Stanley Egbogu, disclosed this during an exclusive interview with PUNCH HealthWise while speaking on the just suspended strike embarked on by his association.

Okiyi-Kalu said, “Abia State Government never, at any time, asked any worker to forfeit any earned wage for any reason whatsoever. It will be illegal and morally wrong to do so and Governor Okezie Ikpeazu did not at any time give such directive.”

Recall that members of NARD had, on Monday, September 7, embarked on an indefinite strike, protesting the failure of government to meet the demands they made in June, following a week-long strike action.

On Thursday, NARD said it had suspended its most recent strike for two weeks to allow further negotiations with the Federal Government.

“The Government of Abia State, despite not paying medical doctors the Consolidated Medical Salary Scale, has been owing health workers.

“Currently, the governor is asking them to forfeit the 16-month salaries for him to start implementing the new minimum wage for doctors.

“There is no access road to Abia State University Teaching Hospital as we speak. No form of infrastructural development. The situation in ABSUTH seems to be the worst across the country.

“It is really sad for Dr. Okezie Ikpeazu to treat doctors this way, despite seeing the importance of health when he suffered coronavirus disease,” he said.

Ikpeazu was confirmed to have contracted COVID-19 on June 8, 2020, and was moved to an isolation centre in Lagos. He has since been cured of the infection.