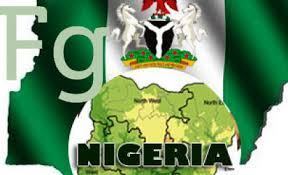 The Federal Government has said the October commencement of production of the 5000 barrels per day modular refinery in Imo State will increase the country’s oil capacity. The Minister of Information and Culture, Alhaji Lai Mohammed, made the disclosure after he inspected the Waltersmith Modular Refinery at Ibigwe, Ohaji-Egbema Local Government Area of Imo State.

Mohammed who was accompanied on the tour of the refinery by the Governor of Imo State, Hope Uzodimma; the Minister of State, Education, Emeka Nwajiuba; the Chairman, House Committee on Information, National Orientation, Ethics and Values, Segun Olubunmi, amongst others, further said the modular refinery which is 100 per cent owned and fully managed by Nigerians, was a real reintegration. He said the modular refinery was a good example of the reintegration of the nation’s resources, a development which he said will put an end to the export of the country’s resources.

“What we have here today, Waltersmith Refinery, is a good example of reintegration of our resources. No longer are we going to have resources exported raw, but we are going to make good use of these resources and in the process we will be adding value to it. “We have been told that by October 14 or 15, this project will be commissioned and it will be producing about 5,000 barrels of crude per day which has about five major products right now, including naphtha, diesel, kerosine and HFO.

“But what that really means in effect is that with the phase one which is 5,000, they hope that by 2022, they will get to phase two which will be an increment of another 25,000 barrels and by 2024, they hope to have reached 50,000 barrels. “If you come here again in a month’s time, you are going to have at least, over 200 trucks loading different products a day. You can imagine the multiplier effect of that on the community and Nigeria economy…”“I believe that this is the way to go because what we need is about a hundred of Waltersmith in Nigeria and then, we will not have any business importing any crude,” Mohammed said.