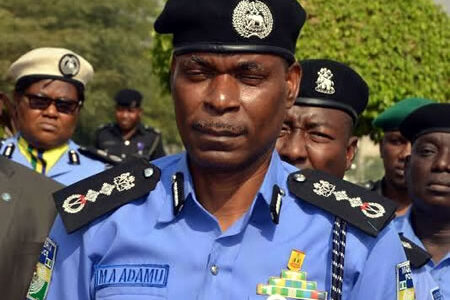 Worried by the increasing waves of insecurity in the country, the Inspector-General of Police (IGP), Mohammed Abubakar Adamu, has ordered the immediate deployment of recently trained Operatives of the Special Weapon and Tactical Team (SWAT0 unit of the Nigeria Police Force (NPF) for routine patrols nationwide.

The signal sighted in Abuja, on Tuesday, by Tribune Online with reference No CH:5350/IGP.SEC/ABJ/VOL.20/340 was titled “Deployment of Newly Formed Special Weapon and Tactical Team operatives” was to take an immediate effect.

The signal reads: “The Inspector General of Police directs that all recently selected and trained Special Weapon and Tactical Team (SWAT) operatives are to be deployed for routine duties across areas of responsibility immediately.”

The IGP had inaugurated SWAT following the disbandment of the Federal Special Anti-Robbery Squad, F-SARS and sent the Operatives on special training

F-SARS was disbanded due to brutality and extortion of Nigerians and consequent upon the nationwide Protest tagged EndSARS.