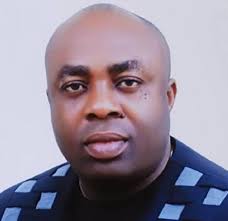 A civil rights group, International Society for Civil Liberties and Rule of Law, Intersociety, has written to the Commissioner of Commerce and DSS Director in Anambra state to ensure credibility of the proposed election of executives at Ogbogwu International Drug market, Bridge Head, Onitsha.

In a public interest letter signed by the Board Chair of intersociety, Emeka Umeagbalasi and two others, the group raised alarm over clandestine moves by certain interests in the market to conduct an election that falls short of credible, free and fair process.

The group noted that several impediments towards conducting a credible election in the market which they had earlier pointed out to the Commissioner of Commerce, Chief Uchenna Okafor to address have remained unattended to thereby fueling speculations that government may actually be playing a script towards conducting the election to favour a particular candidate to the exclusion of others.

“Such critical issues include Government’s undeclared stance on: (a) use of Line Registers for the Election, (b) use of Option A4 for same, (c) independence and credibility of the electoral committee and its members including separating the Government imposed caretaker committee and its 18 members from same, (d) discarding unpopular and rigging friendly idea of using ‘delegate’ method in the election and (e) ensuring that enabling environment is created on the day of the election including being time conscious and accreditation of all bonafide members of the Market for purpose of avoiding disenfranchisement.

Contrary to the above, Mr. Commissioner, Sir, it is sad to note that all the issues above highlighted are yet to be critically addressed. They still linger; thereby posing a serious threat to the coming election and its credibility”

The group asked the DSS to investigate the alleged extortion of about N4.5m from the contestants as application form fees where a candidate paid N250,000 for the post of chairmanship as against N50,000 which has been obtainable in other markets.

Intersociety while kicking against delegate election instead of option A4 using Line registered members which has been the norm in previous elections also advised government to give the traders two weeks to elect their delegates freely if the option of delegates is to be used because of the COVID-19 pandemic.

“If the unpopular option must be used following the Government ordered and WHO prescribed COVID-19 preventive and safety protocols; and if the State Government insists on going ahead with the election in this COVID-19 period, then two weeks gap after today, being 4th May 2020, shall be given to the traders of the Market to convey their Line Meetings so as to mandatorily elect Government specified number of delegates from each Line who will participate in the arranged ‘delegate election’. The idea of cooking up list of ‘delegates’ outside the approval and participation of the traders through their Line Meetings, as being widely speculated, is chaotic and totally unacceptable; otherwise the elections should be put off until after the COVID-19 Pandemic” the group said.