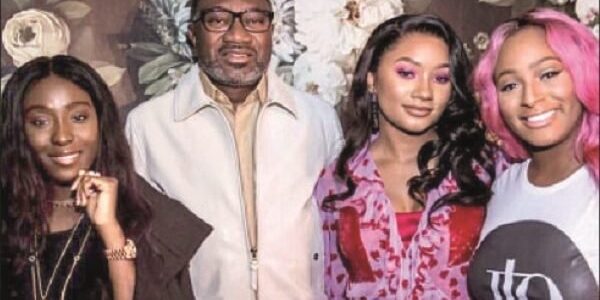 IN the past few days, billionaire Femi Otedola has been in the news following his decision to splash millions of naira on his three daughters, DJ Cuppy, Temi and Tolani. He got each of them the luxury Ferrari car.

Ever since his daughters broke the news on social media with eye-catching photos, Otedola has been on the lips of Nigeria’s teeming youth. Some are now using him as a prayer point and others jokingly describe him as a yardstick to judge a “father.”

It has also been observed that Femi Otedola has lost some weight. It was even more glaring in his latest Instagram post, where he said he was set to leave London for Monaco.

Some followers couldn’t but comment on his looks. A follower observed: “Sir, you’ve slimmed down so much.” Another asked: “What is the secret to your flat tummy is.”

Although Otedola was born into affluence, he has ensured the legacies of his late father, former Governor of Lagos State, Sir Michael Otedola, are kept alive. The exciting thing is that he didn’t have to venture into politics to achieve this.

0 comments on “Is Otedola dieting?”